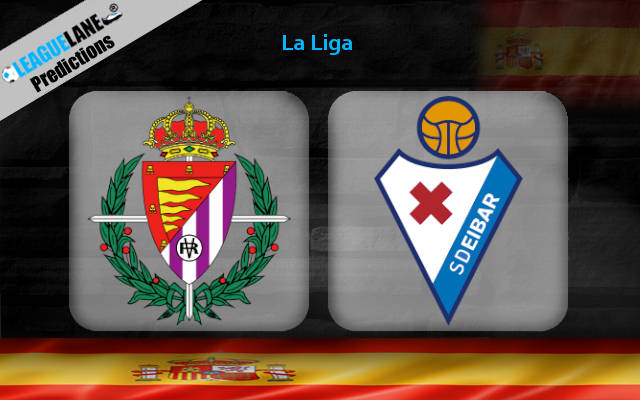 Real Valladolid’s winless streak in the campaign this season continues to the fourth clash as they lost on the road to Real Madrid with a 1-0 score on the board. Both their home matches so far has ended in a draw and the away fixtures in a defeat.

Eibar was not far behind them in the table last season. So, we can expect a tight encounter. Los Armeros was at the 14th spot in La Liga last term, just one place behind the host in the table. Their form is much worse than the host, with a three-game losing streak at the start itself.

The double loss at home will lower the morale of the players in the visitor’s camp. They will visit after a 0-1 loss at home against the promoted side Elche in the schedule. Apart from the opening goalless draw at home with Celta Vigo, Eibar has not found their form until now.

For the Saturday clash at Jose Zorrilla Stadium, we put forward four betting tips which we found is the safest for the punters to yield decent returns.

The result of the match regarding the victor depends on too many factors in the game. Since the match is sizing to swing either way in ninety minutes, getting a clear winner seems futile.

Valladolid enjoys the ground advantage, and they have proved to keep at least a point safe at home in their previous clashes in the league schedule this term. Meanwhile, visiting on the back of three consecutive losses will not make it the brightest day for Los Armeros.

Based on that assessment, it will be safer for the punters to go with a double chance favoring Real Valladolid in the clash. Along with that, the tip for Valladolid to win with a +1 handicap also seems to be suitable since they are the favorites to win.

Furthermore, Valladolid’s both the home matches ended in the same 1-1 scoreline. Even if they are to win in the upcoming match, we can expect at least a couple of goals in the fixture. So, the tip for over 1.5 goals will probably serve the purpose.

Besides, Eibar has failed to slot in a goal in both their visits in the previous two years. This shows that their attack is not sharp enough away from home to damage the host’s defense. Hence, the tip for Eibar not to keep a clean sheet will be a probable occurrence for the third time in a row.