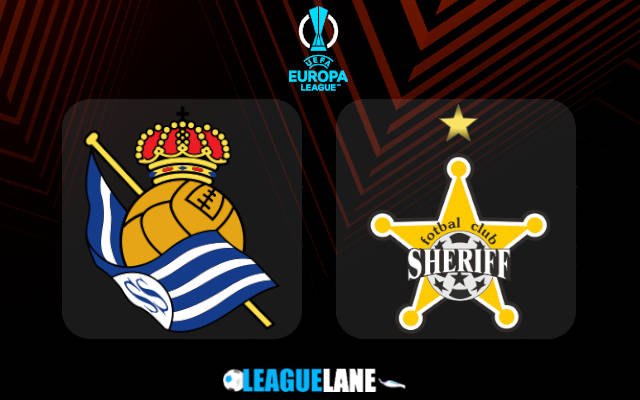 The most entertaining matches have come from Group E of the Europa League. No one expected Real Sociedad to be the table toppers despite a top team like Manchester United being clubbed in the same group. A very important game is on the cards this Thursday at Reale Arena where Sheriff will aim for their second win.

Looking at Group E, the host have a 100% winning record. In the first leg, at Zimbru Stadium the host scored two goals in the second half. The second goal came seconds after Moussa Kyabou was sent off in the 61st minute of the game.

Even in La Liga they host are in decent form. In Group E apart from having the best winning ratio, the team is also very strong in the defensive setup as they have only conceded once.

Sheriff won their opening game against Omonoia. Since then they have lost twice by conceding exactly two goals per game.

It is evident that the visitors have not played well against the top two teams of Group E.

The visitors will have a difficult game this Thursday. a good opportunity to overtake leaders Napoli if they manage to beat Udinese. However, it will be a difficult task as the host are in great form.

The passionate home crowd should inspire Imanol Alguacil’s men to similar heights against a Sheriff side that have had major struggles on the road this season.

Our prediction is that Number of goals will be between 2-3 – the odd for this tip will be at 2.05. In Group E all the games have ended in the range of 2-3 goals. Hence we can easily bet on this trend to keep up.

Our next tip for this game is that Second half will have the maximum number of goals – the odd for this tip will be at 2.00. Sheriff have scored only three goals so far, and two were scored after the 50th minute. Also, in the first leg Real Sociedad scored both goals after the 50th minute as well.