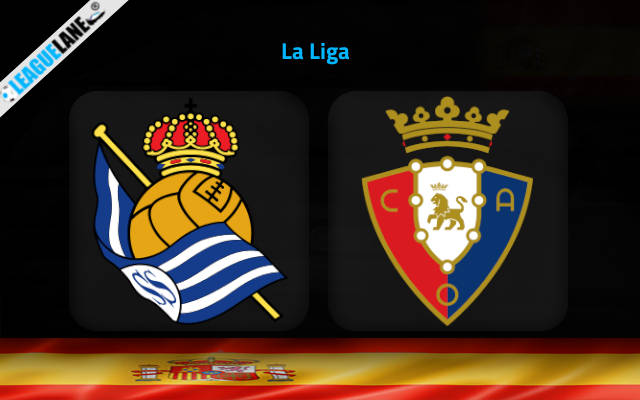 Real Sociedad vs Osasuna Predictions and Free Tips from our expert tipsters when the teams go head-to-head in the Spanish Laliga on Saturday, 31 December 2022.

Real Sociedad have been going through a decent stretch of performances since the beginning of this season. They are sitting at the third position, just behind Barcelona and Real Madrid.

Meanwhile, Osasuna have been also recording a set of decent displays lately. They have bagged a total of 10 points in the last five games. By the looks of things, we expect an interesting affair between these two.

Real Sociedad have been the dominant force in the recent history of this matchup. They are on an unbeaten streak against Osasuna since 2012.

At this venue, Osasuna have not emerged victorious since 2005. The latest meeting at this stadium had finished in a 1-0 win for Real Sociedad.

Who will win the match between Real Sociedad vs Osasuna?

Real Sociedad have generally offered decent performances at home in this season. They were unbeaten in five of the last six home outings.

Meanwhile, Osasuna is not that strong while playing on the road. They were winless in three of the last four road trips.

On top of that Osasuna rather have an inferior head to head form against this rivals. Therefore, expect a victory for Real Sociedad.

More than 60% of the matches played bye these two teams were low-scoring affairs. Do also note that four of the last five h2h encounters at this stadium had goals under 2.5 ft. In that case, we expect this match to have under 2.5 goals ft.

Real Sociedad have managed to keep a clean sheet in two of the last four home outings. Their defensive side looks capable of holding their opponents till the final whistle here.

For the above reasons, we quite don’t expect the value of backing both teams to score option at 2.00 odds here.

Considering all these observations, we like to place Real Sociedad to win as the main betting option at 1.95 odds.

For the second tip, we like to place the under 2.5 goals at 1.62 odds since neither of these two sides have recorded an affair with over 2.5 goals of late.