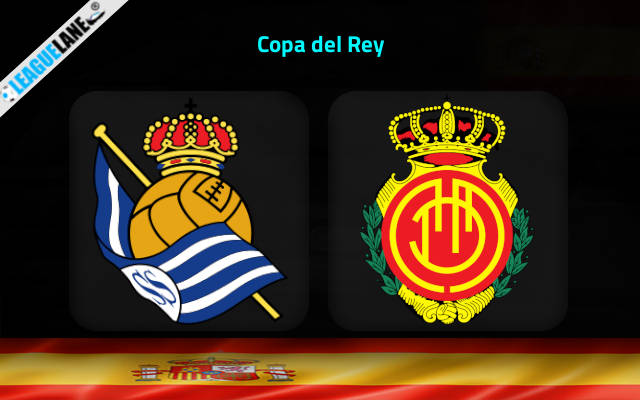 It was the fourth win on the spin for Imanol Alguacil’s troops in the league. Sociedad have won all five games across competitions since the World Cup break, conceding just once in the process (in the mentioned match against Bilbao).

They are now firmly at the third place of La Liga ladder, sitting just three points below second-placed Real Madrid who do have a game in hand as well.

Alguacil’s squad will be hoping to maintain this brilliant spell of form on Tuesday evening when they play host to Mallorca in the last 16 round of Copa del Rey.

Mallorca will enter the tie in the opposite mood after falling 1-0 at Osasuna on Saturday. It was the second loss in the last three league games for Javier Aguirre and his men.

Mallorca are 10th in the league standings despite scoring no more than 14 goals in the opening 17 rounds of the competition.

Aguirre’s men lost both league matches they played on the road after the World Cup break without scoring a single goal in the process, despite facing the likes of Getafe and Osasuna in these outings.

Everything points towards Sociedad’s win to nil and this is exactly the betting option we are going to back in this one. It is paid at the odds of 2.20.

You can alternatively try with Real Sociedad to win 1-0 as the correct score prediction at the 5.00 odds. This scenario occurred in three of the last five head to head meetings between these rivals.