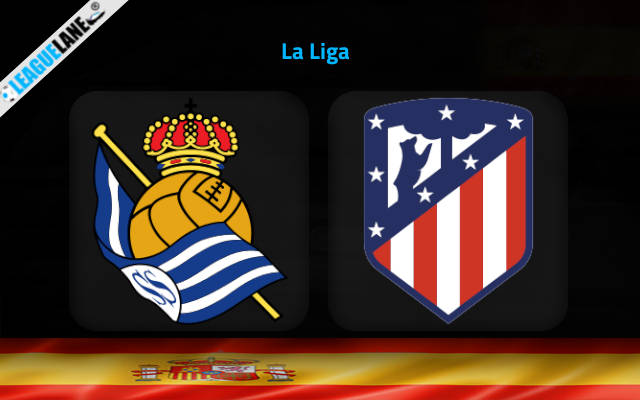 The Basques have shown strength and great team chemistry to overcome a deficit and turn the game around in the second half with goals from Alexander Isak and Martin Zubimendi.

It was the second successive win for Real Sociedad who had earlier demolished relegation-threatened Cadiz 3-0 at Reale Arena.

Can Imanol Alguacil’s troops finish the season on a high and pick up their third subsequent win on Sunday evening when they host Atletico Madrid in the last match of the 2021/22 La Liga campaign?

Atletico Madrid have already secured the UEFA Champions League appearances with a run of two wins and a draw in the previous four matches.

They only have the third place to defend here, being one point above fourth-placed Sevilla, but in the grand scheme of things, their fortunes will by no means change regardless of the outcome of this affair in San Sebastian.

For what is worth, Diego Simeone’s men did not shine offensively of late. They have only scored four goals in the previous five matches.

Only a single of the previous nine outings Atleti played in all competitions provided three or more goals.

This should be a close game but we can’t resist the impression of Real Sociedad being the favorites here. They are playing in their own backyard where they have only lost 8 of the previous 25 matches against Atletico Madrid.

The hosts will also go into this on a high after the big win in Villarreal and we see the value in backing their victory at the 2.70 odds here.