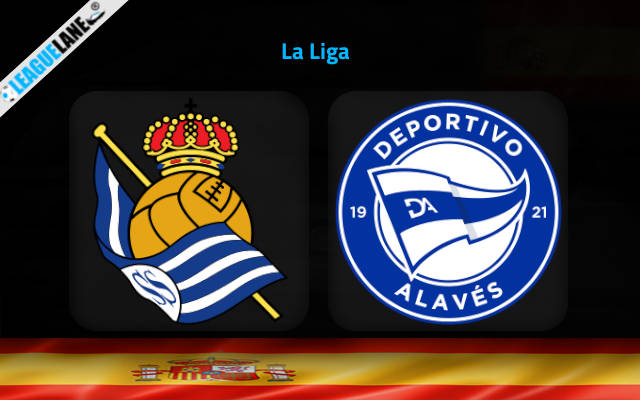 Sociedad are holding on to dear life for their precious sixth position. A top-six finish is a must in the La Liga to ensure European participation, and with just 11 match-days remaining, they have a lead of two points over the seventh-placed Villarreal.

They will be hoping to climb to the fourth spot as well, which is currently in possession of Atletico Madrid, with a surplus of four points.

Likely, this upcoming match-up is an important one for the team. It helps that they are pitted against 19th placed Alaves, who are deemed to be one of the worst teams in the whole of the Spanish top flight. They have won just five times all through the campaign, and they have scored the least number of goals in the competition too.

By the looks of things, expect the desperate Sociedad to make full use of this fixture – and deliver a winning performance this Sunday.

Sociedad did lose 4-1 on the road the last match-day. But the defeat had come against Real Madrid. Before that they were on a two-game winning streak, and they were also unbeaten in 10 of their past 14 fixtures.

And it deserves appreciation that they have lost just two league fixtures at this ground since May of 2021.

On the other hand, Alaves were held to a 0-0 draw the past game week, by Sevilla. They are also on a three-fixture winless run, and they were winless in 13 of their past 15 games.

Moreover, they had also lost seven of their previous nine road trips.

Taking into account these observations, expect a huge win for Sociedad this weekend.

Tips for Real Sociedad vs Alaves