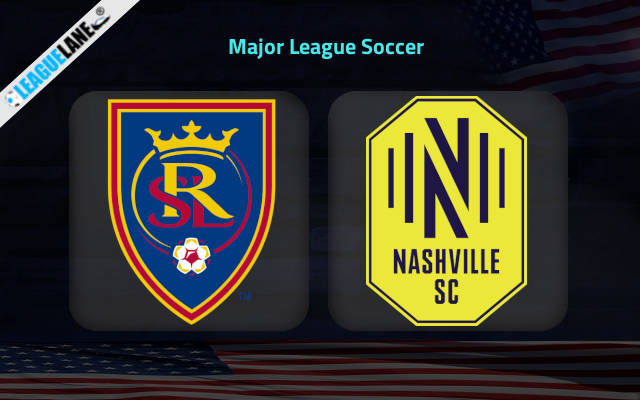 Nashville SC will continue their western trip on Saturday evening when they travel to Rio Tinto Stadium to battle Real Salt Lake in the fourth round of the new MLS season in Sandy, Utah.

Nashville will not play a home fixture before May 1st when the grand opening of their new home, Nashville Fairgrounds, is scheduled for.

They have thus completed only three of eight straight away outings at the beginning of the season.

Gary Smith got off to a phenomenal start by clinching four points from the opening two games away at Seattle Sounders and Minnesota United.

These were more than impressive results, especially since Nashville SC have allowed just one goal in the process (in a 1-1 draw at the Loons).

Smith’s troops looked great defensively in the last weekend’s clash against Dallas FC but their back line capitulated in the final five minutes of the affair in Frisco when Nashville SC allowed two goals to suffer the inaugural defeat of the campaign.

Nashville’s back line will be under a huge pressure here against Real Salt Lake who are one of four joint-leaders of the entire competition with seven out of nine possible points from the inaugural three rounds.

Real Salt Lake completed an amazing comeback seven days ago in Foxborough by annulling the two-goal deficit inside the final ten minutes of the affair against New England (a 2-3 victory).

These two teams met each other for the first time last year in May when they shared spoils in a goalless draw at Rio Tinto Stadium. This will only be their second head to head encounter.

Real Salt Lake kept two clean sheets in three league games so far in the season, while Nashville SC looked phenomenal defensively in all three of their matches at the beginning of the campaign.

Since the previous season’s H2H clash offered no goals, we are very much tempted to back the Under 2.5 goals FT as the main betting option at the odds of 1.53 here. As for the outcome, we like the value of the home win pick at the 2.55 odds.