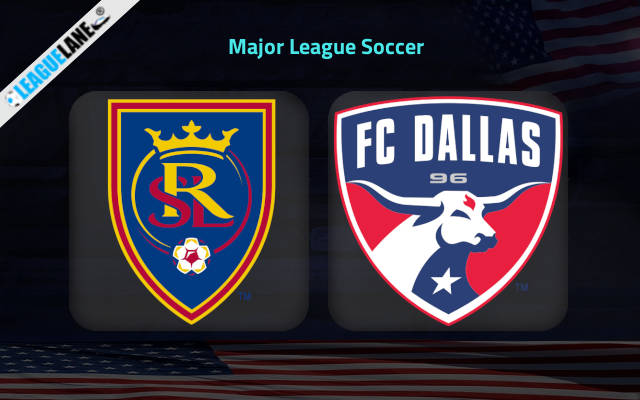 Gameweek 22 of Major League Soccer will be starting this week as Real Salt Lake play host to FC Dallas. Both these sides are in the Western Conference and will be seen battling it out at Rio Tinto Stadium, this Sunday.

Real Salt Lake is at the 3rd spot with 33 points from 21 games. They won 9 times in the league while having drawn and lost 6 games each. The hosts remain tucked inside the top 7 and the playoff places in the Western Conference but are a little bit far-off from the top two spots.

The hosts who won their previous game, will hope for a similar result following a 3-0 MLS win over Sporting Kansas City. Over their past 6 fixtures, Pablo Mastroeni’s men have scored 10 times which gives them an average number of goals per match equals to 1.67.

On the other hand, FC Dallas resides at the 6th position on the table with 29 points. Of the 21 matches played, they won 7 times in the league while drew on 8 and lost on 6 other occasions. They are on a poor run of 11 matches in MLS in all of which they have conceded more than once.

Last time out, the visitors drew 1-1 in the league schedule with Austin FC. They have been scored against in all of their last 6 games, conceding 10 goals in all. The side really need to look onto their defense.

No defeats can be found in Real Salt Lake’s 10 most recent home games in Major League Soccer. They are the only team remaining the league to have not lost at home this season. The side also remain unbeaten in their last 2 h2h games played at home.

Meanwhile, FC Dallas’s form hasn’t been good, as the team has won only 4 of their last 27 away matches in the league. They have also not won their last 7 league games in succession.

By the looks of things, expect a victory for the hosts this Sunday.