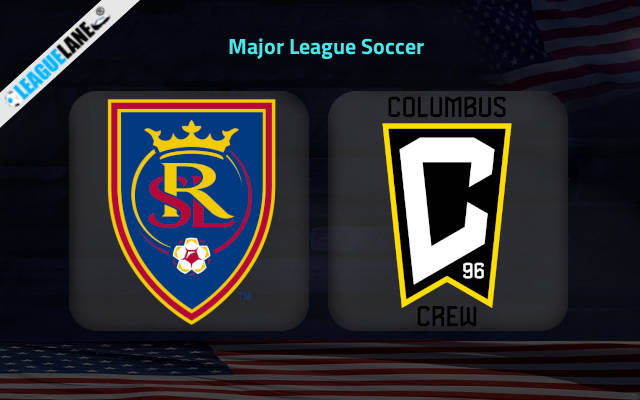 Gameweek 16 of Major League Soccer is being scheduled as Real Salt Lake from Western Conference play host to Columbus Crew from the Eastern Conference. Both these sides will be seen clashing at Rio Tinto Stadium, this Sunday.

Real Salt Lake is at the 2nd spot on Western Conference with 28 points from 16 games. They won 8 times in the league while having drawn and lost 4 times each. The hosts need just 3 more points to overthrow Los Angeles FC from the table top. However, they have a huge defensive problem to address.

The hosts , following on from their previous result, will be hoping for more of the same after the 2-0 league victory over San Jose Earthquakes. Over their preceding 6 games, Pablo Mastroeni’s men have managed to score a combined total of 10 times, with that being an average number of goals scored per match of 1.67.

On the other hand, Columbus Crew is at the 11th position in Eastern Conference with 17 points. Of the 14 matches played, they won 4 times in the league while having drawn and lost 5 matches each. They lost half of their last 10 games played across various competitions and didn’t have an impressive start to the campaign.

Last time out, Columbus Crew drew 1-1 in the MLS tie with Charlotte FC. They have been scored against in 5 of their last 6 matches, letting opponents get 8 goals in total indicating their huge defensive weakness.

Real Salt Lake has been impressive at home winning the last 4 MLS games in succession, of which they even maintained 3 cleansheets. They have never lost at home this season, winning 6 of the 7 games played in the league.

Meanwhile, Columbus Crew won only once from the 7 away games played in the league. They were also not able to secure a win since the last 4 away h2hs.

By the looks of things, expect a victory for Real Salt Lake this Sunday.