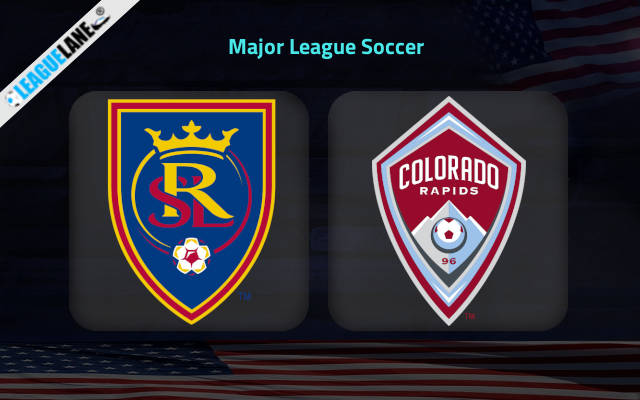 Round 20 of Major League Soccer will be starting this week as Real Salt Lake play host to Colorado Rapids where both these sides are separated by 10 points and 9 places. These two sides will be seen locking horns in the Western Conference at Rio Tinto Stadium, this Sunday.

Real Salt Lake is at the 3rd spot on the standing with 29 points from 18 games. They won 8 times in the league while having drawn and lost on 5 games each. The hosts have seen netting frequently but they tend to concede the same which hints that some defensive adjustments is needed.

The hosts will be looking to improve on their last outing here following a 3-2 MLS loss in their previous game against Minnesota United. Over their preceding 6 games, Pablo Mastroeni’s men have scored 10 times gaining an average number of goals scored per match equal to 1.67.

On the other hand, Colorado Rapids resides at the 12th position on the table with 19 points. Of the 17 matches played, they won 5 times in the league while having drawn 4 and lost on 8 other occasions. Their struggles at the defensive end of the pitch has also been another key factor as they have conceded 24 goals so far.

After a 2-3 loss in their previous game against Austin FC, Colorado Rapids and their will be hoping that they can get a better result in this one. They have been scored against in 5 of their last 6 games, seeing their opponents hit 12 goals in all.

Incredible stuff from Real Salt Lake is seen at home, where they are currently unbeaten in 5 games. They even kept 4 clean sheets in the last 5 home games and this shows their remarkable home form.

Meanwhile, Colorado Rapids are without a win since their last 12 away games played across various competitions. They even lost 8 of those games. The visitors also lost their last 2 away h2hs conceding 6 goals in total.

Knowing that, we expect Real Salt Lake to seal a win this weekend.