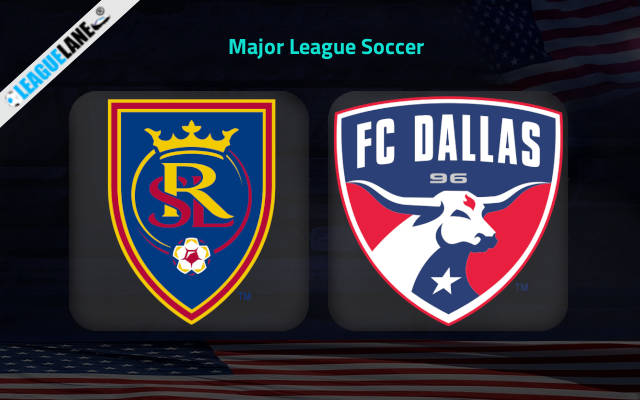 Dallas will be looking to Salt the wounds of a reeling Real Salt City this weekend.

RSC has now lost 4 of their last 6 matches and it is not looking good for them. The 4 matches away from home saw RSC conceding an average of 2 goals, including a 4-1 thrashing at the hands of The Whitecaps.

The Claret and Cobalt team are still holding down their seventh-place spot in the western conference despite teams looking to steal their spot from under them literally.

Meanwhile, the visitors head into the contest in search of a second consecutive victory having just returned to winning ways last time out.

Dallas beat Austin in the Texan Derby this Monday in an 8 goal thriller. Pepi snd Ferreira each scored a brace to put them over the line to make the scoreline 5-3

This Sunday promises to be yet another high-scoring event with the weights tilting slightly in the favour of Real Salt City in the eyes of the oddsmakers.

Dallas is our pick to win Sunday’s match despite the odds. They have always performed well against Salt City and we predict them to do so again this weekend.

Ricardo Pepi is amongst the goal-scoring leaders and also netted twice in their previous head to head. The talisman will be instrumental again ahead of the match for Dallas FC

The predicted scoreline is 1-3 in Dallas’ favour with Pepi scoring at least one goal.