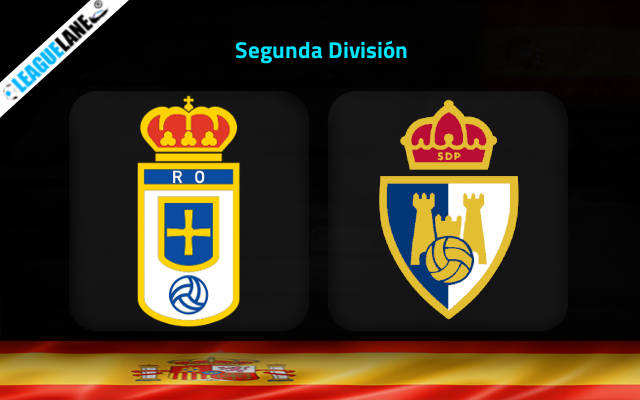 Ponferradina is in the zone of getting into LaLiga 2 Play Offs after undergoing 4 games without defeat. The Blues on the other hand are struggling to climb up the table as they have lost and drawn the previous 2 league fixtures. After 2 ties, the hosts hopes to win the upcoming fixture at Estadio Nuevo Carlos Tartiere on the New Year’s eve.

The Blues are at the 9th spot on the standing with 29 points from 21 games. They won 6 times in the league while drawing on 11 and losing on 4 other occasions. They have scored 23 in total while conceding a sum of 19 which shows their solid defensive structure.

José Ziganda’s Real Oviedo have managed to score 8 times while letting in 6 over their last 6 away schedules. After a 1-2 loss against Valladolid, they drew to Fuenlabrada by nil goals in the past week.

The visitors reside at the 4th position on the table with 37 points. Of the 21 matches played, they won on 10 games while drawing on 7 and losing on 4 other occasions. Their total goals to conceding ratio stands at 28:18 so far in the league.

Ponferradina have been scored against in 5 of their last 6 games, conceding 5 goals overall while bagging 9 for themselves. They drew the previous 2 league fixture against Leganes and Amorebieta after a successful hat-trick victory.

Real Oviedo hasn’t beaten Ponferradina when playing them at home in the previous 2 matches in the 2nd tier of LaLiga and are undefeated in their last 4 home league matches.

The visitors come into this fixture on the back of 7 out of 10 undefeated away runs this season. We envisage a possible draw happening this Friday as both teams may edge out facing each other in the 22nd Round of Segunda Division.