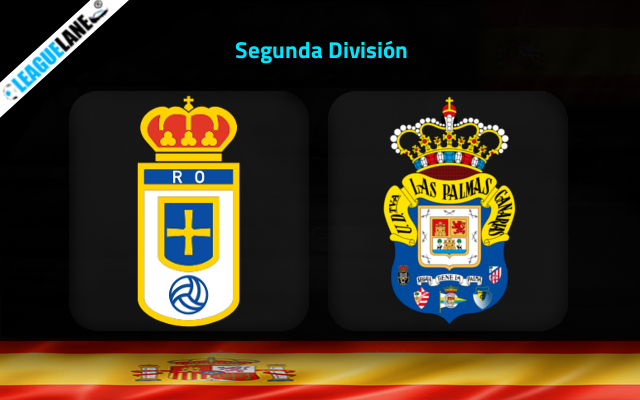 Real Oviedo vs Las Palmas Predictions and Free Tips from our expert tipsters when the teams go head-to-head in the Spain Segunda Division on Tuesday, 6 December 2022.

Oviedo managed to move up two spots in the table, thanks to their performance last fortnight. However, the defeats faced at frequent intervals since the beginning of the season have affected them well.

On the other hand, Las Palmas as the counterparts will affect their chances of success. The visitors, who have conceded just two defeats since the start of the season will be in high spirits when they take on current 14th placed hosts.

The teams met once earlier this year and Las Palmas sealed a 2-1 win after being down to Oviedo when Sanchez scored a goal inside the first 10 minutes.

Both teams scoring has been a consistent trend in the head to head tradition between these two. Four of the last five saw goals from both ends.

Who will win the match between Real Oviedo vs Las Palmas?

Las Palmas, who are still at the top of the league table, have more chances of winning. They will be high in spirits coming off back-to-back wins in the last two league games.

Real Oviedo managed to score goals in the last seven league matches in a row. It is not wrong to expect goals over 2.5 in this game with one of the best offensive side in the league on the other side.

Having picked up the much needed momentum in the last four matches, we expect the home side to score against the best defensive line in the league. Therefore, both teams to score trend can be expected here.

For all the above reasons, we like to back Las Palmas to seal another win and to maintain their current winning thread.

We also like to place the Both teams to score & Over 2.5 goals bet considering the goal scoring trend of both these outfits.