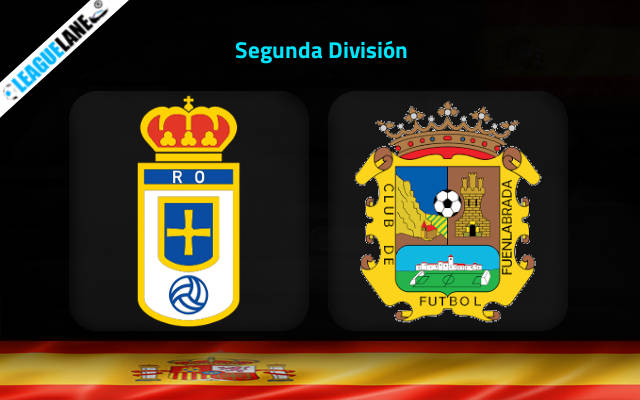 In game week 33, Real Oviedo faces Fuenlabrada for their next match on Saturday at Oviedo.

Real Oviedo has played moderately well in their recent matches. They are unbeaten in the last two matches. From the last ten matches, the team has won in three, drawn in four and lost in three. They stand 8th on the league table with 45 points from their matches.

Oviedo played their last match against Lugo. Lugo’s hopes for a win ended with Oviedo scoring in the 90’minutes of the match, ending the match in a draw with 1-1 FT score.

Fuenlabrada’s win in the last match has ended the team’s seven-game cold streak. However, their performance has not been the best in the season. From the last ten matches, the team has two wins, three draws and five loss. The visitors stand in the relegation zone at the 20th position and have got only 29 points from their matches.

Fuenlabrada played their last match against Malaga, in which Fuenlabrada scored the only goal in the match. The match ended with 1-0 FT score.

Oviedo has the advantage of playing in their home ground. They have played well in their recent home matches an have lost in only one of the last ten matches. Fuenlabrada has not had the results they had hoped for in their away matches. They have not achieved a win in the last fourteen road trips as well. Eight of the last ten away matches have ended with loss for them as well.

I believe the match will end in a win for Real Oviedo. With both teams scoring in the match, there will be over 2.5 goals scored in the match.