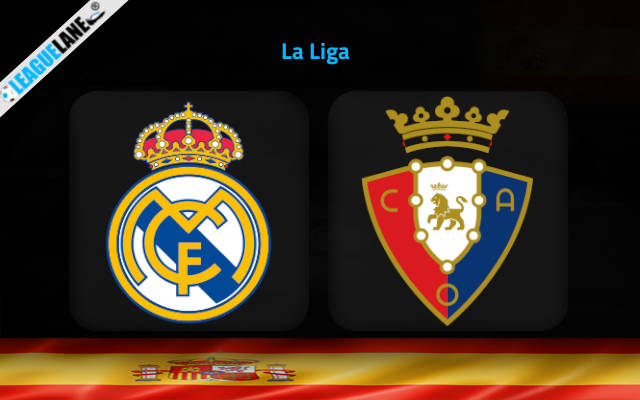 Los Blancos this managed to survive a tough test before the international break, maintaining the perfect record across competitions.

Carlo Ancelotti’s men won all six league games as well as both UEFA Champions League outings so far in the season.

They will have a nice chance to add to this impressive tally on Sunday evening when Osasuna come to visit Estadio Santiago Bernabeu in the last game of the day.

Osasuna got off to a promising start to the 2022/23 campaign bit they somewhat ruined it with a shocking 0-2 defeat at the hands of Getafe two weeks ago.

The problem for the Spanish manager lies in the fact that his men have failed to find the back of the net in two of the previous four league games.

The 0-2 home loss to Getafe has certainly killed the momentum which is by no means a positive thing ahead of the clash against the defending champions.

Real Madrid look unstoppable at the start of the season and we can hardly predict anything else but their commanding victory here. Since Osasuna did not look sharp in the final third in their recent matches, we like the 2.20 odds offered for the hosts to win this to nil.

You can also back the reigning champions to win by at least two goals difference at the odds of 1.95.