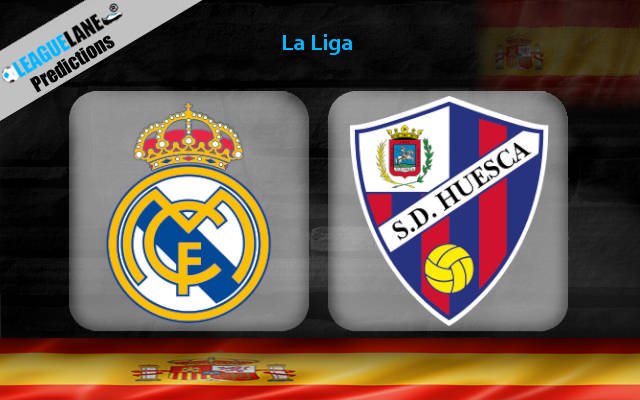 Real Madrid is working their way back to the top and will look to build on the El Clasico win last time out in the La Liga. They will return home to face another promoted team after the last home attempt came with a loss against Cadiz.

However, the 0-2 win on the road against Barcelona last time out will improve the morale of Zidane and his men for the upcoming match on Saturday.

Huesca is the only side other than Valladolid in the campaign this season to have no win in their record after seven league appearances until now. Their winless streak will not help them in any way, especially against the reigning champions of the league.

They will visit after a 4-1 loss on the road against Real Sociedad in the previous clash in the schedule.

There is no doubt that the reigning champions will probably be the favorites to win at Alfredo di Stefano Stadium, where they lifted the La Liga cup last season. The host will be on the back of a two-game unbeaten run across all major competitions in their schedule.

With the winless streak at UCL, including a 2-2- draw on the road against Monchengladbach, Zidane will need to find a comeback in La Liga at least to stay at the gaffer’s spot. The coach will have some heat off him with the El Clasico win at Camp Nou last time out in the campaign.

Los Blancos enjoy the ground advantage, and apart from the loss to Cadiz in the last home match, they have been in a good form at home. Huesca is on a winless trend in the league so far this season, which is why backing the home team seems to be an ideal choice.

However, only two of their six La Liga fixtures this season has seen over 2 goals in a clash. Hence, the tip for under 3.5 goals will probably be the best bet for the punters.

Real Madrid’s Karim Benzema will search for his second goal of the season in the campaign, and after scoring in the UCL last time out, the French striker will be more confident in the middle.

Besides, he has been involved in most of the goals for Los Blancos, and Zidane will also look forward to finding a regular scorer in the squad.

So, the tip to back Benzema to score anytime in the game will probably serve the purpose for the punters to yield decent returns in the encounter.