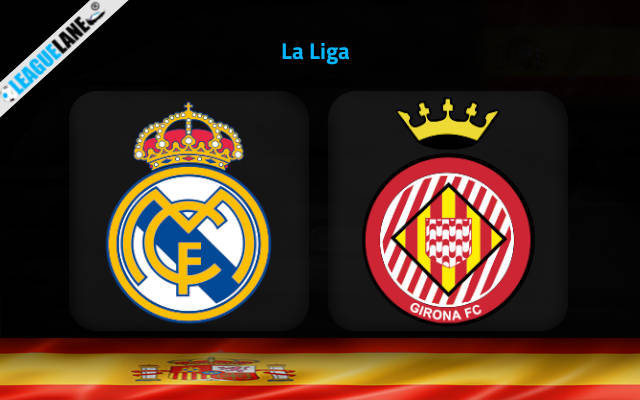 The Los Blancos continue to be the best in Spain, and that too by a country mile. They are in firm control of the top-most spot, and by all means this Sunday they will be the favorites to register a win against the relegation-threatened Girona.

Girona are placed 18th in a table of 20, and so far this campaign they registered only two wins. They are one of the very few teams to have remained winless in the past five games in the league, and they also have had one of the weakest defense in the entire Spanish top flight.

Moreover, they have also been one of the weakest performers on the road. They have a 100% losing record in such fixtures barring a single draw, and it is to be noted that no other team posted fewer points on the board than them from road fixtures.

Meanwhile, the Royal Whites are enjoying this period of sole dominance in Spain. Barcelona and Atleti are riddled down with issues, and Carlo Ancelotti’s men feel that this is the opportunity to go for another league crown.

They are at home this weekend, and that too after they faced their first defeat of the season in any competition. Despite them having firm control of their Champions League group, the Los Blancos lost the last match-day.

It goes without saying that they will be determined to make amends, and this upcoming fixture seems like a great opportunity. They are at home, and are pitted against one of the worst in the La Liga.

The Los Blancos have a 100% winning record at home this season in the La Liga, barring a single draw. All along they scored goals in huge numbers, and have now built a huge momentum due to these results.

On the other hand, Girona are in the relegation zone, and to make matters worse they have to take a trip to the Santiago Bernabeu.

In addition, they also do have a poor h2h record against this rival over the years.

Expect a win for Real Madrid this weekend at their home.

Tips for Real Madrid vs Girona