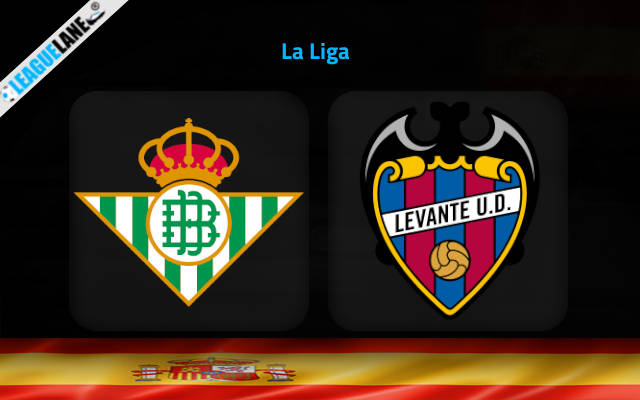 Levante have been the absolute worst team in the whole competition this season, and it’s really no wonder that they are placed bottom-most in the table. It goes without saying that they a prime contender to get relegated at the end of the campaign.

Going on, their problems get further complicated by the fact that they are pitted against one of the best teams in the Spanish flight this weekend.

Not only are Betis placed fifth in standings, but with the third-placed Sevilla taking on toppers Real Madrid this weekend, they are gunning to further climb up the table.

By the looks of things, expect a win for the in-form and determined Betis.

Betis had recorded a 0-3 win on the road the last match-day against Elche in the league, and they had followed it up with a 2-0 victory in the Europa League, against Ferencvaros.

Going on, they were unbeaten in seven of their past eight appearances at home, and their only three losses at this venue in the whole of 2021 had come against Sevilla, Barcelona, and Real Madrid.

On the other hand, Levante were held to a goalless draw by Bilbao the last game week. They are also on a 15-game winless run, and had remained so in 27 of their past 30 fixtures.

Considering these observations, expect a win for Betis this Sunday.

Tips for Real Betis vs Levante