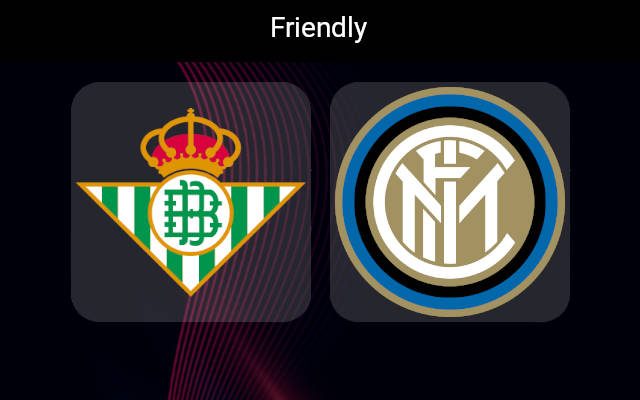 Real Betis will be hoping to back up the narrow victory over Manchester United as they play host to Serie A runners-up Inter Milan in a mid-season friendly on Saturday afternoon at Estadio Benito Villamarin.

Los Beticos looked sharp against the mixed Red Devils’ squad seven days ago, beating them 1-0. The Spanish outfit allowed Erik ten Hag’s troops no more than a single attempt on target in the 90 minutes of play in a friendly game.

The only goal came through Betis’ arguably the best player Nabil Fekir early in the second half. For the sake of comparison, Manuel Pellegrini’s men registered as many as 19 shots last weekend against United, 6 of which went on target.

Betis will play their next competitive game on December 29th as they host Athletic Bilbao on the La Liga return.

Inter Milan will not continue their season before January 4th when they host the current Serie A leaders Napoli in the massive game at Stadio Giuseppe Meazza.

I Nerazzurri, however, started their post-World Cup preparations period somewhat earlier than expected.

They have already played two games, bagging as many as ten goals in the wins over Gzira United (a team from Malta) and Salzburg.

Head coach Simone Inzaghi was particularly satisfied with the performance his men have put up against the Austrian heavyweights ten days ago.

Real Betis limited Manchester United to just one shot on target in a friendly seven days ago. We expect them to have the equally serious approach this time around which makes the Under 2.5 goals FT pick a great betting option at the 2.15 odds.