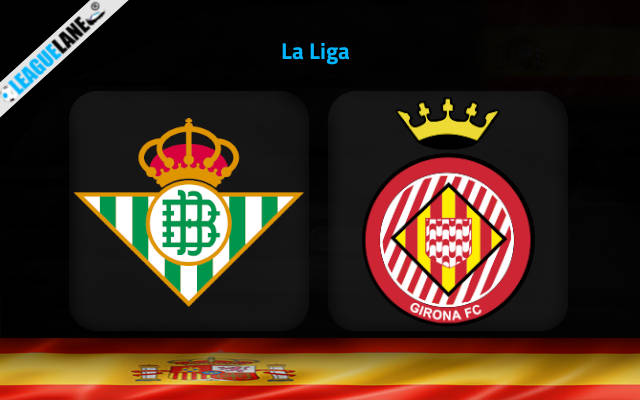 Real Betis got off to a great start to the 2022/23 La Liga campaign, winning four of the opening five games of the season.

Only the likes of Real Madrid and Barcelona are ahead of Los Beticos after five rounds of the competition.

The team led by Manuel Pellegrini suffered the lone defeat of the season in Gameweek 4 when they fell narrowly to Real Madrid away at Estadio Benito Villamarin.

They showed strength by beating Villarreal 1-0 at home last weekend and they will have a nice opportunity to maintain the fantastic start with another home success on Sunday afternoon when newly-promoted Girona come to visit Estadio Benito Villamarin.

Girona claimed their second win of the season thanks to a late winner from the former Southampton midfielder Oriol Romeu last weekend against Valladolid.

Nevertheless, the team led by Michel took just one point in two away outings so far in the season, scoring just one goal in the process despite facing the likes of Valencia and Mallorca.

Real Betis are yet to concede at home this season. They have a perfect record of three wins in three league outings at Estadio Benito Villamarin (a 5-0 goal difference en route).

Los Beticos also got off to a perfect start in the UEFA Europa League group stage after the wins over HJK and Ludogorets in the inaugural two rounds.

Since Betis did not concede a single goal in the opening three league games on the home patch this season, we like the odds off 2.20 offered for their clean sheet here against Girona.

Alternatively, the home win also looks as a great betting option at the 1.70 odds since both the form and the tradition speak in Los Beticos’ favor.