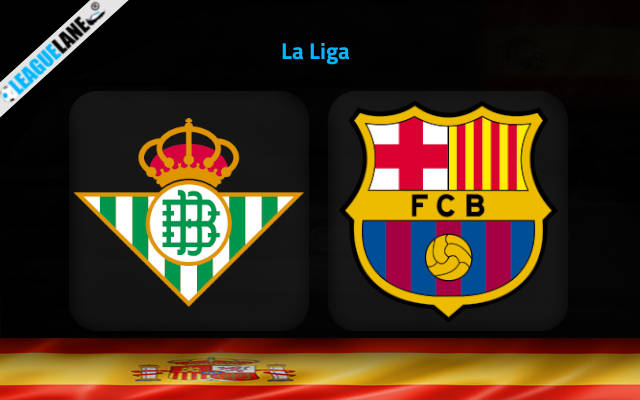 It is a matter of pride for Barcelona that they secure the second place at any cost, especially with arch-rivals Real Madrid on a roll this season.

The Los Blancos have already won the league title, and they have just made it to the final of the Champions League. And that too after knocking out some of the major European heavyweights along the way.

Catalan fans are going to be extremely unforgiving if their team at least cannot secure a podium finish.

With just four games remaining, the likes of Sevilla and previous champions Atletico Madrid are hot on pursuit for the second position.

As such, the pressure is on the five-time European champions to post the three points on the board.

Meanwhile, Betis are placed fifth in the table and are on a course to secure a ticket to the Europa League. However, after all the hard work they have put in through the campaign, they will not be satisfied with just a fifth-place finish.

They are going to go for a top four position, in order to land a ticket to the Champions league.

As such, either of these teams are going to go for a win this Saturday, and with superb offenses on either side of the pitch, expect goals in plenty.

Betis were held to a goalless draw the last matchday by Getafe. However, they have lost just once in the past nine games and they had also won three of their past four appearances at home.

Do note that they have been one of the best offenses all through the twenty 2021-22 Spanish league season. Likely count on them to find the back of the net at least once in front of their home crowd this weekend.

However, on the other hand, we have the wounded Barca, who are determined to leave their mark, especially after their arch rivals Real Madrid have been making waves in Europe this season.

The Catalans had won 2-1 at home the past game week against Mallorca. Do also note that they had won seven of their past eight trips, and most importantly they have a good head-to-head record against this opponent over the years.

Taking into account these observations, expect a high scoring win for Barcelona this Saturday.

Tips for Real Betis vs Barcelona