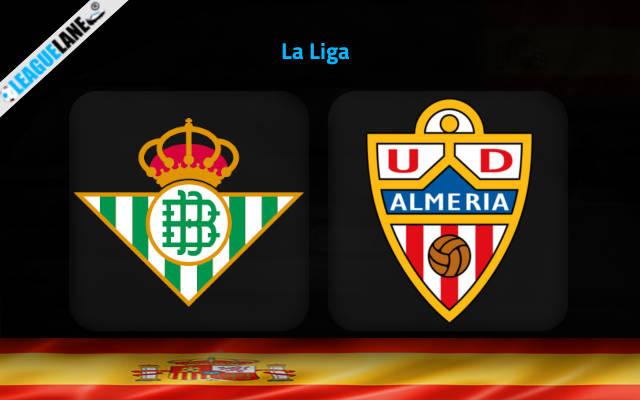 Real Betis will be hoping to return to winning ways on Sunday evening when newly-promoted Almeria come to visit Estadio Benito Villamarin for the Gameweek No 9 clash.

Los Beticos took just one point from the previous two league outings against Celta Vigo and Valladolid without scoring a single goal in the process.

It is worth mentioning that they played more than 55 minutes with ten men on the pitch last weekend away at Valladolid.

Head coach Manuel Pellegrini can thus even be satisfied with the goalless draw on the occasion. His men are still in a great position, sharing the fourth position in the league standings after eight rounds.

Los Beticos have been impeccable in their own backyard so far in the season, winning all four games at Estadio Benito Villamarin and allowing a single goal in the process.

They will have a great chance to continue this tremendous home form here against Almeria who have only managed to claim one point in four away fixtures this term.

Rubi’s men have only scored one goal in four league games on the road and they have failed to find the net in four consecutive La Liga matches before the last weekend’s surprising 3-1 win over Rayo Vallecano.

Almeria have a 1-7 goal difference from four away matches in this term of La Liga. Los Beticos hold a perfect record of four wins in four games this season at Estadio Benito Villamarin.

The home win to nil is clearly the way to go at the odds of 2.62. The braver tipsters can try with Betis to win 2-0 in the correct score longshot paid at the 7.50 odds.