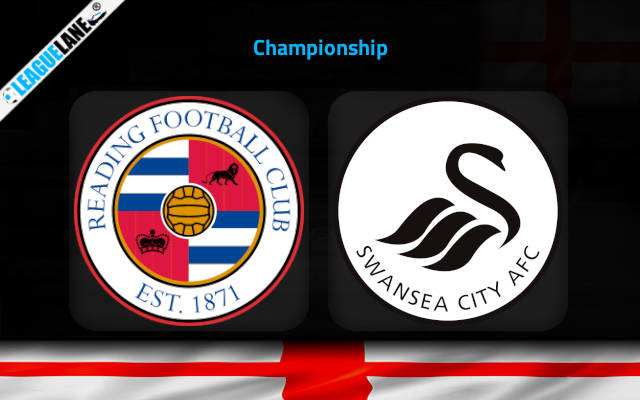 Swansea are currently one of the best teams in the competition at the moment. They are on a long unbeaten run, and are finding the back of the net at an impressive rate.

They are placed 14th in the table at the moment, and need a surplus of at least seven points to climb level with the sixth-placed squad. Note that a sixth-place finish is needed at the least to qualify for the playoffs.

Do also note that the team has a game in hand.

While it is unlikely that they will actually pull this off, they have nothing else to lose, and they are surely going to make an attempt.

Meanwhile, Reading too have been on a good run recently. They are placed 21st in a table of 24, and it deserves praise that they managed this feat, even after the federation deducted six points off of their tally.

By the looks of things, anticipate a thrilling fixture between the two teams this Monday, and expect goals to come in plenty as well.

Reading recorded a 1-2 win on the road the last match-day, against Sheffield United. They were unbeaten in five of their last six overall fixtures, and their last three games in a row had three or more goals.

Note that they had also won three of their former five appearances at home.

On the other hand, Swansea registered a 1-1 draw the past game week, against Barnsley. They are also on a six-fixture invincible run, and four of these were wins. Note that they had won four of their former five road trips too.

Considering these observations, and past h2h scorecards, expect a high-scoring affair this Monday at the Select Car Leasing Stadium.

Tips for Reading vs Swansea