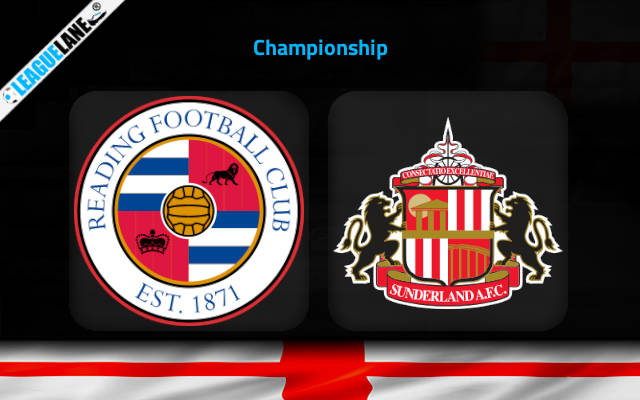 After an initially positive start in the Championship this season, Sunderland have lost their winning momentum. They will travel to Select Car Leasing Stadium for a mid-week fixture against Reading.

There is no doubt that Reading are of the best clubs in the Championship this season. They are yet to draw a single game so far this campaign.

They are currently in the third position in the league table. Paul Ince’s side have started the new season on a positive note. They have won four of their last five league games.

In their most recent league outing, Royals managed to beat Stoke City by 3-2. In that game, Lucas Joao scored a brace within the one-hour mark. Ben Wilmort scored a goal in the 40th minute for Stoke.

Meanwhile, Black Cats’ performance have gone downhill in recent games. They have lost three of their last five games. Following a 3-0 victory over rivals Rotherham, they fell to a 1-0 defeat against Middlesbrough who are a mid-table team.

However, it is also important to mention that Tony Mowbray’s side have scored eleven goals in their last eight league matches.

If Paul Ince and his men manage to secure a win in this upcoming fixture it will take them to the top of the table.

Paul Ince’s side are full of confidence of late, and although they lost 4-0 to league leaders Sheffield earlier this month, they bounced back by beating rivals Stoke City by 2-1.

The Royals’ last league defeat away from home came in April this year, and they will expect to continue their fine run in this upcoming fixture as well.

Therefore, our first prediction is that Reading will win this game – at 2.60 odd. This is after considering the team’s excellent form in their last five matches.

Moreover, our next tip for this game is that Ross Stewart to score anytime – at 2.87 odd. So far Ross Stewart has scored five goals in his last seven matches.