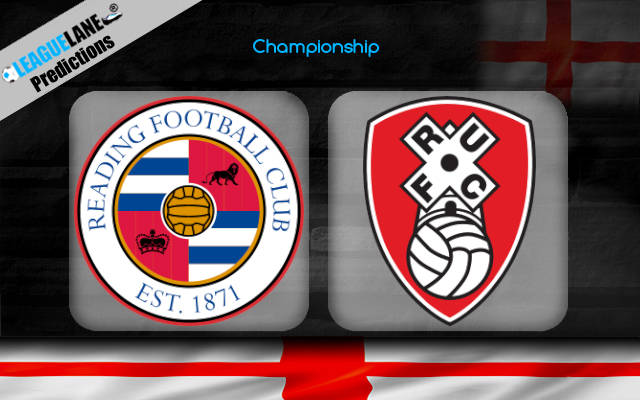 One of the most common questions asked in England is if Reading can continue with phenomenal performances. Squad from Madejski Stadium is not only the most pleasant surprise package in tier two football league, but now also a serious candidate to earn a comeback to the elite.

It appears that club administration made a phenomenal move by hiring Serbian manager Veljko Paunovic who has won World Cup with Serbia for age U20 a couple of years ago.

The Royals are sitting at the top of the table with 16 points from six games, welcoming Rotherham with high team spirits on Saturday. The current odds on home win are 2.00

Reading were rarely losing encounters against Rotherham United in the past. The Royals have won eight out of 18 head to head clashes, while losing only three. The total number of goals scored in those matches is 38, which averages slightly over 2.00 per duel.

Five out of the last seven meetings between them ended with BTTS. The most recent one in season 2018/19 at this stadium ended without a winner 1-1 FT.

Excellent defending has been the best characteristic of Reading so far. This team has conceded only one goal so far and scored eight, so we are confused why the price on home win is high.

It’s not like they had an easy schedule or something, beating Barnsley, Norwich City and Cardiff City consecutively in September.

During the mid-week Royals defeated Wycombe at this stadium 1-0. The only goal was scored by Lucas Joao, phenomenal Portuguese striker who already bagged three goals this season.

Rotherham have just earned promotion back to the Championship, having collected six points from opening six games. Their ambitions for this season are simple – avoid the return to League One.

We believe hosts will continue playing in same fashion and earn another narrow win on Saturday.