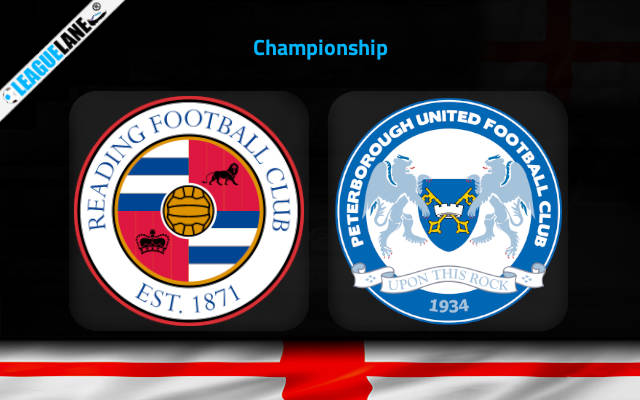 Both these teams have easily been the worst in terms of defense in the league, and have conceded the most number of goals of all the teams. This same trend was shown in previous h2h meetings as well, and likely, expect a high-scoring affair this Tuesday.

Reading had finished seventh in the table in 2020-21, missing out on a playoff spot by a tiny margin. However, they did concede quite an amount of goals in the process (54), despite securing a high position in the table.

And this time around, they have made a mess till now. They are placed 22nd in a table of 24, and have been winless for all but one fixture. They have also conceded the most number of goals of all the teams in the competition – 16 from six fixtures.

In the meantime, Peterborough have just been promoted to the Championship from the League One, and they are finding it hard to keep up with the intensity of teams here.

They are on a long losing run, and have conceded the second-most number of goals. Moreover, they too have a 100% winless record in the campaign, save for just a game.

By the looks of things, expect a high-scoring game at the Select Car Leasing Stadium.

Reading were held to a 3-3 draw by QPR the last match-day. In the meantime, Peterborough lost 6-2 on the road against Sheffield United.

Going on, Reading had conceded three or more goals in six of their past eight fixtures, and they did the same in four of their preceding five appearances at home as well.

On the other hand, their counterparts have a total of two wins from their former ten games, and they had conceded two or more goals in three of their past four road trips as well.

They are also from the lower division, and have been struggling against all teams in the Championship.

Taking into account of these observations, as well as previous h2h stats, expect a high-scoring affair this Tuesday.