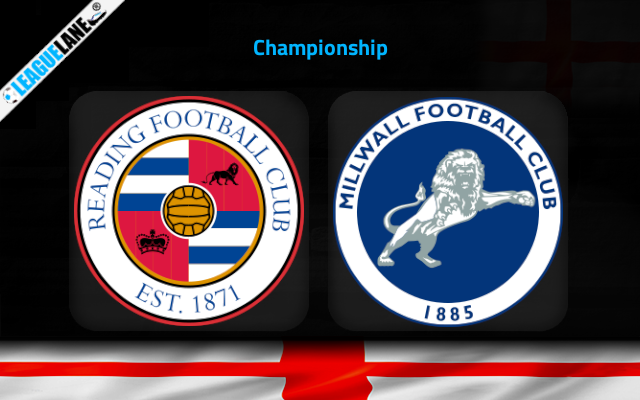 Reading are on the verge of the relegation picture. They have managed to increase the gap between them and the red zone to 6 points after recording a couple of wins in the past five league fixtures. They have a total of 29 points to occupy the 21st position on the table.

They lost to Blackpool in the most recent Championship game away from home. They leaked four goals in that match while scoring one. Leaking goals isn’t rare for them as they owns the weakest defense of this season so far.

Meanwhile, Millwall with impressive results in recent fixtures have managed to climb up to the top half of the table. They have collected 12 points from the past five league fixtures to add up to a total of 49 points to occupy 11th on the table. They have a decent attacking and defensive lineup.

They recorded a 1-0 win over Sheffield United in their most recent match to construct a thread of four subsequent winning games. They are unbeaten in six of the past seven Championship fixtures. Following such a strong spell of run, they will be having highest of spirits to enter the coming fixture.

By the looks of things, we expect visiting side to end up delivering a positive display at Select Car Leasing Stadium on Saturday afternoon when they face Reading in a Championship fixture.

We can clearly see that Millwall possessing a better strength when compared to Reading. They have a strong head to head record over Reading of late.

Knowing that Reading have only won once in the past 10 league affairs at home, we have enough reasons to back the visiting side to seal a win in this fixture.