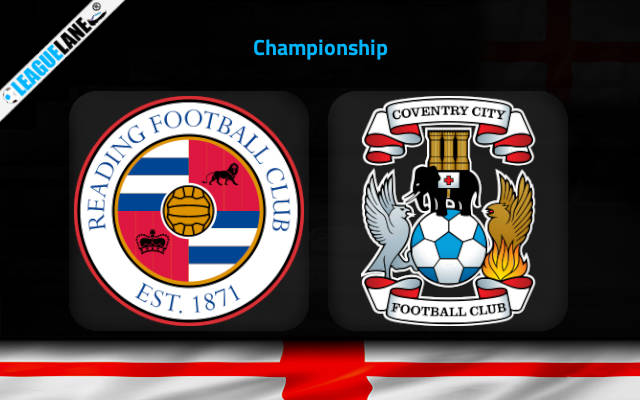 Reading vs Coventry Predictions and Free Tips from our expert tipsters when the teams go head-to-head in Championship on Saturday, 10 December 2022.

Coventry are the most in-form team in the league. They have made tremendous progress since the beginning of this campaign. They picked up an important win over QPR last time.

On the other hand, Reading are out of the title race following their abysmal form since October. They recently won against Hull City. Now the team led by Paul Ince have a long road ahead of them if they wish to enter the top four.

The visitors have won three of the last four overall meetings. Earlier this year they ended Reading’s six-game unbeaten run at their home ground.

In the last eight head-to-head encounters, the host have won only twice. Moreover, this will be the second time both teams will play against each other this year.

Who will win the match between Reading and Coventry?

We are backing Coventry to take all three points from this game. They are the heavy favourites to win as they are on a four-game winning streak. Not to mention that they are unbeaten in their last six away games.

Moreover, the host have lost more than 45% of their matches this season. They are winless in three of their last four matches since November.

We can expect the visitors to score over 1.5 goals in this match. The main reason is that they have scored a minimum of two goals in their last two consecutive meetings against Reading.

Both teams are in decent goal-scoring form. They have scored in three of their last four meetings. The only exception is one match. Earlier this year both teams scored a combined total of five goals as well.

The first tip is that Coventry will score over 1.5 goals– at 2.62 odd. Since 2020, the visitors have scored at least two goals in their last three victories against Reading. In their most recent match, they scored two goals against QPR.

Furthermore, our second tip is that Both teams to score – at 1.80. In three of the last four overall encounters, both teams have scored plenty of goals.