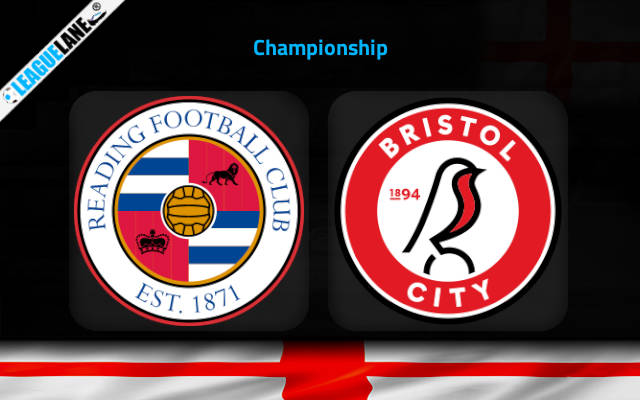 Reading are on a long stretch of poor performances, and are absolutely fed up with their defensive capabilities lately. Meanwhile, Bristol are on the rise. They are going after a spot in the top tier of the table, and improved their form quite a lot in the past few weeks.

They are scoring at a good rate, and even so on the road. And importantly they have a dominant h2h record against this rival in recent years.

Going on, offense has easily been their strong suit this season in the Championship. They scored the most number of goals of all the teams in the tournament.

Not only did they score the most number of goals on the road, but only three other teams could even find the back of the net 10+ times.

Meanwhile, Reading are the only team in the league to have lost the last three matches in a row, and only two other squads lost more games than them in the entire competition.

And even though they started strongly at home, at present they are finding it hard to perform well in front of their home crowd.

And to make matters further worse for them, they also have a poor h2h record against this rival over the years.

And considering all these observations, expect a win for Bristol this Saturday at the Select Car Leasing Stadium.

Reading are on a losing streak at the moment, and they let in seven goals from their past three fixtures. Moreover, they could manage to win just once at home in over more than a month.

On the other hand, Bristol recorded a 0-2 win on the road the past game week, against West Brom. They are finding the back of the net consistently – so much so that they failed to score goals in just one road game in the past five months.

Considering these observations, as well as recent h2h clashes, expect a win for Bristol this weekend.

However, Reading did start their campaign well at home. And in spite of their recent poor results, they are consistent in scoring goals.

As such, expect either team to find the back of the net at least once this weekend.

Tips for Reading vs Bristol City