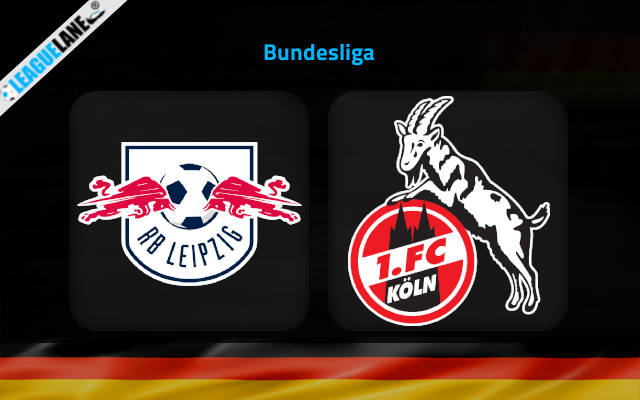 FC Cologne played two high-scoring thrillers so far in the season. They had semi success in these, suffering the DFB Pokal elimination on penalties to the early 2. Bundesliga leaders Jahn Regensburg (after a 2-2 draw) before beating Schalke 3-1 at the start of the new Bundesliga campaign.

Steffen Baumgart’s troops might be in for another high-scoring contest in Gameweek 2 but we are afraid they would be on the wrong end of the thumping this time around.

FC Cologne travel to Red Bull Arena to battle RB Leipzig who somehow failed the claim the spoils from Stuttgart on the opening day.

RB Leipzig were a much better side on the pitch of the Mercedes-Benz-Arena but they failed to convert, especially in the final 20 minutes of the game.

Domenico Tedesco’s men had to settle for a point from the opening day. They have also played an eight-goal thriller before the start of the league season, falling 3-5 to Bayern Munich in the German Super Cup clash.

RB Leipzig have plenty of talent in the final third. Their star Christopher Nkunku was on target once again, continuing his phenomenal spell of form from the last season.

The Frenchman was on target in both of RB Leipzig’s matches so far in the season and we expect him to find the net here against attacking-minded FC Cologne as well.

Everything points towards a home win in a high-scoring contest which is why we will try with RB Leipzig to Win & Both Teams To Score bet at the odds of 2.87.

You can also go with in-form Christopher Nkunku to score anytime for the hosts at the odds of 2.20.