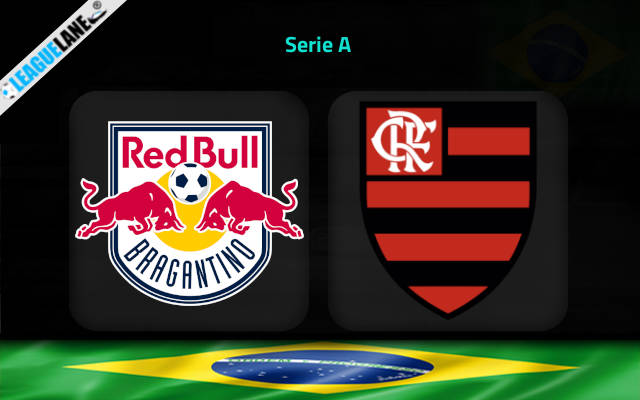 Round 10 of Brazil Serie A is set for this Thursday as Red Bull Bragantino play host to Flamengo where they both are separated by two points and places. They will lock horns at Estádio Nabi Abi Chedid.

Flamengo is at the 11th spot on the standing with 12 points from 9 games. They won, lost and drew 3 games each so far this season. The hosts have seen netting frequently but they tend to concede more of the same which hints that some defensive adjustments is needed.

Since suffering a loss in their previous game against Fortaleza by 1-2 in Serie A competition, Flamengo will focus here to retain a win. In their last 6 clashes, the hosts have helped themselves to a total of 11 goals while having also not failed to score in every single one of those matches.

On the other hand, RB Bragantino resides at the 14th position on the table with 10 points. Of the 9 matches played, they won only twice while having drawn on 4 and lost on thrice other occasions. They are without a win since the last 9 games played across various competitions of which 6 were losses.

Red Bull Bragantino will be hoping for a better result following a 0-2 league defeat last time out to Internacional. It was their second loss in a row with the same scoreline after the one with Goias in Copa Do Brasil. They have been scored against in all of their previous 6 matches, shipping 10 goals in the process.

It has been 9 games back since this visiting side has last seen a win on any competition. They are also on a 3-game losing streak at home, unable to find the back of the net on each of those occasion.

Meanwhile, Flamengo has enjoyed playing away from home recently, with the side currently unbeaten in 5 games. They lost only one away game so far in the league.

By the looks of things, expect a victory for Flamengo this Thursday.