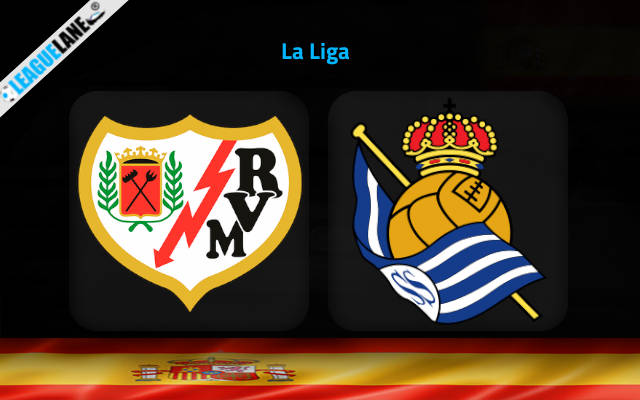 Real Sociedad are one of the hottest teams in La Liga right now. They have won all six games since the World Cup break.

Three of these wins came in the league where the Basques moved up to the third place in the standings as a consequence.

Alguacil can be particularly satisfied with his team’s recent defensive performances. Sociedad conceded only a single goal in the last six outings across competitions.

They have limited Bilbao and Mallorca to just ten shots combined in the last two matches in all competitions, both within the last seven days.

This is why we like Sociedad’s chances of a clean sheet on Saturday afternoon when they travel to the capital to take on Rayo Vallecano in Gameweek 18.

Rayo have also kept their net untouched in the 0-1 victory over Real Valladolid on the road last Saturday.

They controlled the happenings on the pitch from the first to the final whistle and deservedly claimed a three-pointer on the occasion.

It is also worth mentioning that Rayo Vallecano have been very tough to beat in front of their fans so far in the season.

Andoni Iraola’s men lost only two of eight league fixtures on the home patch this term, conceding no more than eight goals along the way.

Real Sociedad will enter this game in the highest of spirits and we believe they have what it takes to survive a stern Rayo test at Estadio de Vallecas.

The bet we are particularly interested in is Real Sociedad to win & Under 2.5 goals FT at the odds of 4.33.