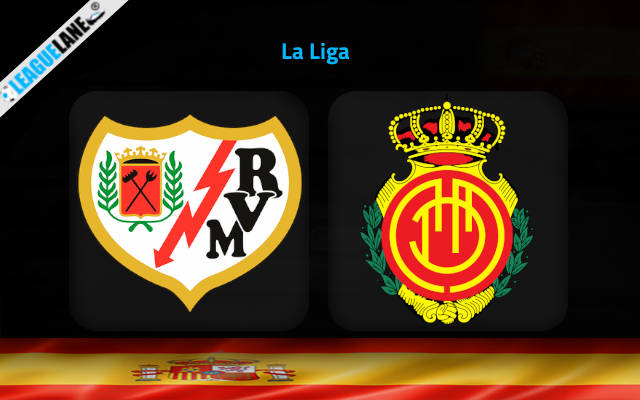 Rayo Vallecano could have hardly imagined a better start to the season. They began the new campaign with two trips to Catalunya.

A return of four points without a single goal conceded in the matches against Barcelona and Espanyol is certainly an impressive one for Andoni Iraola and his troops.

Rayo will now have a great chance to back up the last weekend’s win at Espanyol with a success in the maiden home fixture of the season on Saturday afternoon when they host Mallorca at Estadio de Vallecas.

Iraola seems to have found the winning formula to keep things quiet in his team’s back line. Rayo looked rock-solid defensively in the opening two rounds of the season.

They have allowed just one shot on target last time out at Espanyol, just one week after keeping hold of all new Barcelona’s stars at Spotify Camp Nou.

Rayo should have a great chance to maintain this phenomenal defensive record this weekend since Mallorca have by no means been impressive offensively at the start of the season.

After they managed to keep Athletic Bilbao to a goalless draw away from home on the opening day, Mallorca fell 1-2 at home to Real Betis seven days ago.

We must say that Javier Aguirre’s men shipped both goals from the penalty-spot on the occasion. They have generally been very tough to break down in the preseason and it will be very interesting to see whether Rayo Vallecano will find a way to get past them on Saturday.

Both Rayo Vallecano and Mallorca have been great defensively so far this summer and we can hardly imagine a high-scoring scenario when they come across each other.

The Under 2.5 goals FT is the best betting pick at the 1.61 odds here. We will also go with the home win bet at the 2.10 odds since Rayo Vallecano generally tend to produce better displays at home than on travels (8 of their 11 wins last season have come at Estadio de Vallecas).