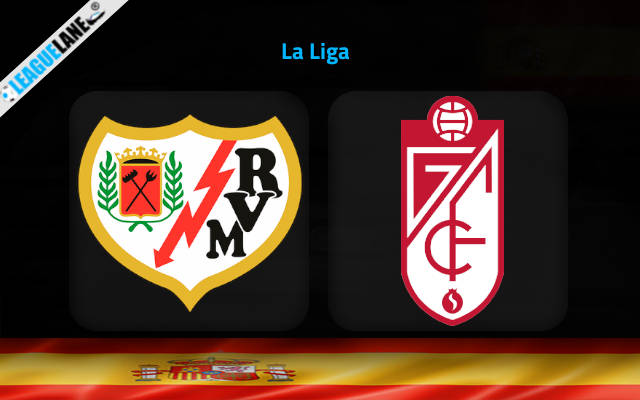 Vallecano were promoted to the top flight just at the end of the last season, and so far they are going through a worrying streak. Meanwhile, Granada are on an unbeaten run at the moment, and considering their experience in the La Liga, expect a win for them this Sunday.

They have so far been unbeaten this new season in the league, and have conceded just once. They are also going through a great streak at the moment, and they even had finished ninth in the table the last season in the Spanish top flight.

In the meantime, Vallecano are placed dead last in the table, and they have a 100% losing record. Note that they are yet to score a goal, while only the 19th placed Alaves have let in more goals than them – that too by one.

As such, expect a victory for Granada this weekend.

Vallecano had lost 1-0 the last match-day against Sociedad. In the meantime, Granada were held to a 1-1 draw by Valencia.

Going on, Vallecano are on a four-game losing run, and they were also winless in seven of their past nine games. Do also note that they were winless at home in 11 of their preceding 15 appearances.

On the other hand, their counterparts are on a five-match invincible streak, and they had also remained so in eight of their past nine fixtures. They had also secured a top-half finish the last season.

By the looks of things, expect a win for Granada.

However, they had conceded the most number of goals in the competition in 2020-21, and they also have a poor h2h record against this opponent.

For the reasons, a clean sheet looks unlikely for the team.