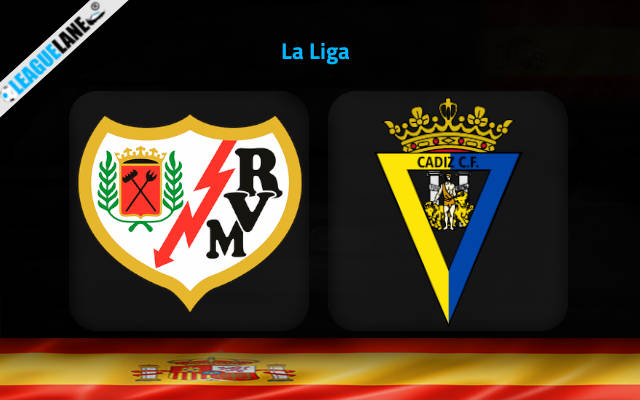 Cadiz are stuck in the relegation zone at the moment, and it is quite deserving too. They will be under extreme pressure, as they are on the road. Meanwhile Vallecano recently improved their form – and particularly so at home. Fans are hopeful about their prospects this weekend.

Cadiz managed to deliver a single win so far, and it came against the struggling Valladolid. Going on, they also scored the least number of goals of all the teams in the competition, and at the same time had one of the worst defenses too.

Moreover, they have a 100% losing record on the road – disregarding a single win and a draw. The win came against Valladolid, as mentioned before, and the draw came against the 17th placed Girona.

Meanwhile, Vallecano are placed tenth in the table at the moment, and they are going after a spot in the top-six. As of now they need a surplus of just six points.

It helps their cause that they are at home. Only once did they lose at this venue, and that too early in the season. Currently they are on a good run at this ground, and are consistently finding the back of the net.

Moreover, they also have a dominant h2h record against this rival over the years, and by the looks of all these things, expect a win for hosts Vallecano this weekend.

Vallecano recorded a 1-1 draw the last match-day at the Wanda Metropolitano, against former champions Atletico Madrid. They also recently improved their form at home quite impressively, and are on an unbeaten run there as of now.

On the other hand, Cadiz are possibly one of the worst teams in the entire competition, and they might even be on a path to get relegated.

In addition, they are also on the road this weekend, where they have been in an even bigger mess lately.

Considering these observations, I’m inclined to pick Vallecano as the potential winners for this upcoming encounter.

Tips for Rayo Vallecano vs Cadiz