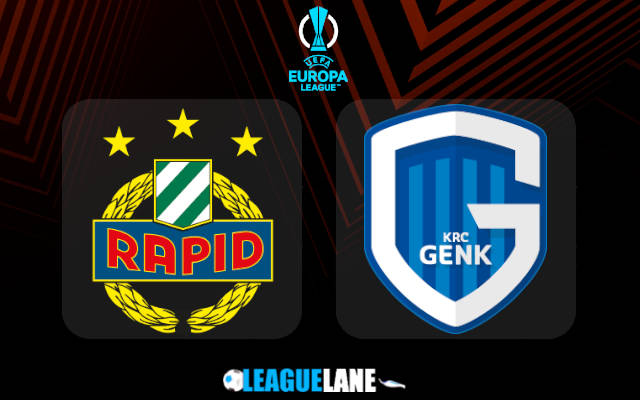 Rapid Wien host Genk on Wednesday evening, in a battle tipped as clash of the equals.

Both teams had their downs this season, but seems to become solid with more matches played, setting the stage for an exciting content for Europa League matchday 1.

Rapid were elimiated from Champions League by Sparta Prague, however they eased past Anorthosis and Zorya 4-2 and 6-2 on aggregate to book their place in Europa League group stage.

Domestically, the Viennese club is yet to find their feet and lost 3 of the 7 matches played so far, while bagging 2 wins and draws each.

Genk on the other hand had a shaky start in the Belgian league and this transformed to Champions League play-offs where they suffered back to back 1-2 defeats to Shakhtar Donetsk.

Things have improved since the loss to Ukrainians with the team snatching 2 wins and a draw from next three matches with 1 goal conceded.

Poor defending has been the core problem for John van den Brom’s team and he seem to have found a fix for this.

There is not a lot of difference in the way these teams play and both managers will be thinking that they can get the better of each other.

Their previous duels at this stage of the competition have been pretty close and we expect a similar kind of battle at the Allianz Stadion on Wednesday.

Punters can go with both teams to score and over 2.5 goals as top bets or combine for better odds leaving the full-time result to take care of itself.