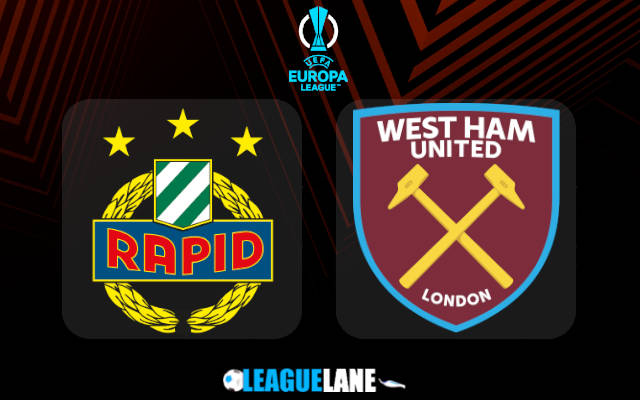 Not only have been West Ham tearing it apart in the Premier League, but they have also raced to the top of their Europa table – and that too with an unbeaten record.

They already have a four-point lead over the second-placed Dinamo, and they could confirm themselves as the group champions with a win this Thursday.

Going on, since they are pitted against the dead-last placed Rapid Vienna, who have easily been the worst of the lot, the expectation is that the English team will be posting three points on the board at the end of the game.

Vienna lost 3-1 on the road the last match-day in the Europa, against Dinamo. They had also lost two of their past three fixtures, and were winless in 11 of their former 16 games.

They had conceded three or more goals in two of their last three matches, and they have managed to keep a single clean sheet at home since August.

On the other hand, West Ham recorded a 2-2 draw on the road against Genk in their latest Europa game. They have lost just thrice this whole season, and two of these defeats had come against Manchester United, and Wolves in the PL.

Going on, they were unbeaten in 17 of their previous 18 road trips, and in the process they had even gone on separate five-fixture, and four-game winning streaks.

Taking into account these observations, expect a win for West Ham, who come from the best league in Europe.