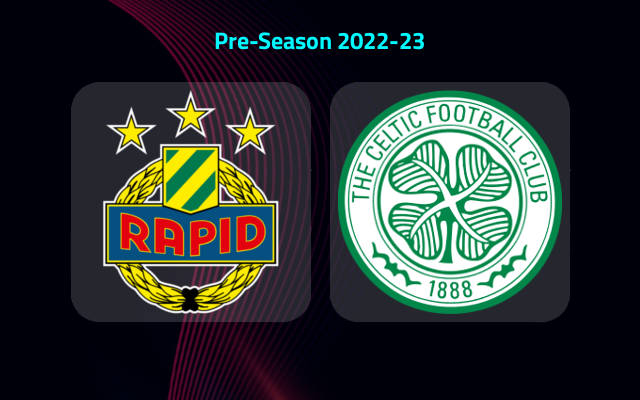 Rapid Vienna have been enjoying a decent run of late. Their Bundesliga final win against Tirol was the best of it. They were having a strong lead in both the legs ending up the final as a one-sided clash. Since then, they are seen playing some friendly outings.

Rapid Vienna were last seen playing a friendly match against AEK Larnaca. The match ended up in a 2-3 negative display for them. They have recorded a couple of winless games against the outfits they have faced in the friendlies of recent.

Meanwhile, Celtic have been enjoying an unbeaten impressive run of late. They have succeeded in securing their spot at the top in the past Premiership season resulting in their 52nd league title. The above mentioned run will only boost them in delivering a strong display.

Celtic were last seen playing a friendly fixture against Wiener Viktoriaon road. The match ended up in a highly motivating 0-7 win. They will be hoping to record the same again when they step into another outing, more like a pre season warmup friendly.

The home form of Rapid Vienna is not so impressive of late. They are winless in six of the past 10 home outings including friendlies. Also, they have leaked two or more goals in each of their past two home outings.

On the other side, Celtic’s only defeat on road of late was against Bodo/Glimt in the second leag of Europa League knockout fixture the past February. The most often recorded outcome for them on road is a positive outcome too.

In that case, we are left to back Celtic to seal a win from this Friendly clash against Rapid Vienna on Saturday.