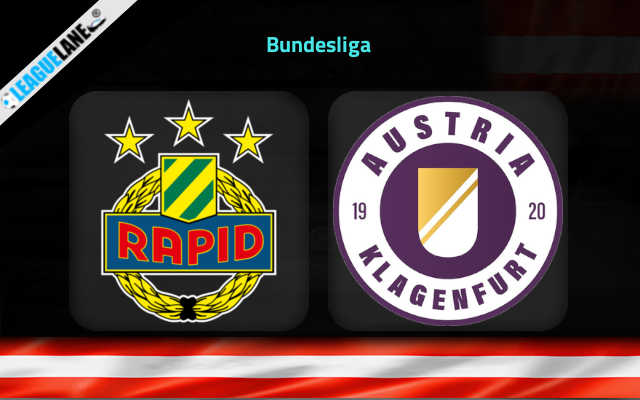 The last game week of Austrian Bundesliga brings us the match between Rapid Vienna and Austria Klagenfurt on Sunday at Vienna.

WSG Tirol couldn’t find the win in their last match against Rapid Vienna. Vienna scored two goals in the match, while Tirol could score none. The match ended with 0-2 FT score.

Austria Klagenfurt played their last match against Ried. Both teams scored a goal each for the team, ending the game in a draw with 1-1 FT score.

Both teams have exhibited similar performance in their recent matches. They have achieved mixed results in their matches and have scored in most of their matches as well. They are only two points away from each other and need the win in this match to ensure the position on the table. The run for three points will be a tough one.

So, the match is most likely to end in a win for Rapid Vienna. Both teams have scored in their previous matches and can be expected to score here as well.