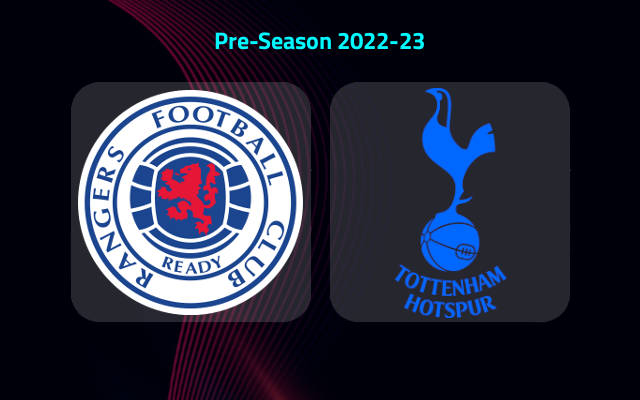 Spurs have looked really alive under manager Antonio Conte and they even secured a top-4 finish the last season. They will be gunning for an even better finish this time around and will be eagerly looking towards this encounter against Scottish heavyweights Rangers.

Tottenham will be one of the teams to look out this season in the English top flight. They have made some aggressive signings and seem determined to even challenge for the title.

But with some immensely talented teams in the league they know it will be hard and therefore they will have to be on top of their game right from the start of the season.

It gives fans confidence that Conte has a great league record and he has a history of putting an end to seemingly unstoppable run by some dynasties.

Meanwhile Rangers will be disappointed after they finished second in the Scottish Premiership the last season below arch rivals Celtic. They did win the league the year prior but they were unable to defend their crown this time around.

They have been on a good run of results lately but it needs to be noted that most of these performances have come against fellow Scottish teams. It needs to be mentioned that they are not at all equipped to take on an experienced English team, let alone one of the best.

By the looks of things, it is expected that we will be witnessing a victory for Tottenham this Saturday.

Spurs had won 4 of the past 5 overall fixtures and they are also on an 8-game unbeaten run. Do also note that they were unbeaten in 12 of their past 13 matches in the process they had gone on two separate 4-fixture winning streaks.

Going on, Rangers, in all probability will find it difficult to take on the determined Tottenham players and it is expected that Spurs will deliver a win this weekend.

Tips for Rangers vs Tottenham