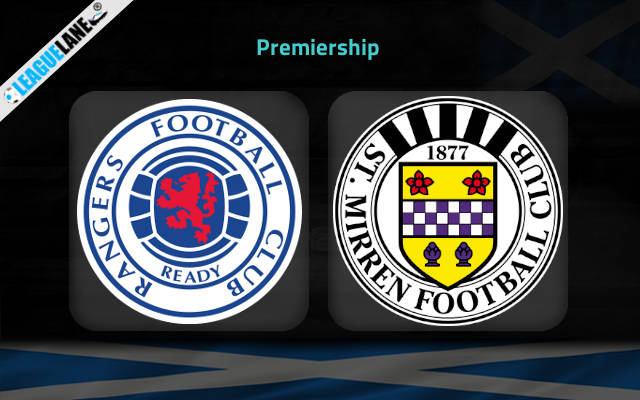 Two top teams namely, Rangers and St. Mirren will go head-to-head at Ibrox Stadium this weekend. Both teams are having similar forms this season.

Following a 4-0 defeat against current league leaders Celtic, the host are now on a two-game winning streak. In their most recent outing, they defeated Hearts by 4-0. In that game, Antonio Colak scored a brace in the first half of the game.

Presently, the team is at the second spot on the table just two points below Celtic. It is interesting to note that they have only lost a single game this season.

Meanwhile, the visitors are also going in the same direction as the host. In the beginning of last month they lost to St. Johnstone by 3-0. Currently, the team are on a two-game winning streak.

In their last league outing, they defeated Livingston by 2-1. In that game, Alex Greive scored the winning goal in the last minute of the game.

This upcoming fixture is very crucial for Rangers as they have a chance to overtake rivals Celtic in the table ranking.

The host have a decent chance to claim the top spot side if they manage to beat Stephen Robinson’s side. It is interesting to note that both teams are separated by four points on the table.

The host are scoring goals at the rate of to 2.50 goals per game this season. Moreover, they have scored six goals in their last two games.

It is also important to mention that the visitors have lost three of their last four away fixtures in the Premiership.

Our prediction is that Rangers will win with Over 2.5 goals- the odd for this combined tip will be at 1.80. In the head-to-head encounters at Ibrox Stadium the visitors are yet since 2000. Also the home side have scored at least three goals in three of the five meetings.

Our next tip for this game is that Rangers will keep a clean sheet – the odd for this tip will be at 1.72. At Ibrox Stadium the host have kept a clean sheet in their last eight consecutive matches against St. Mirren.