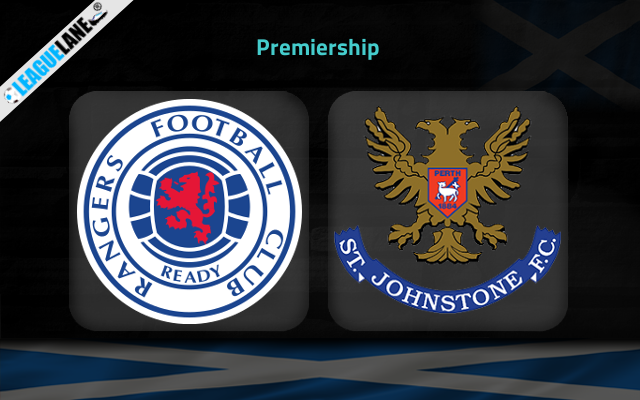 Rangers are enjoying a decent form of late. They are seen playing against outfits across different leagues in friendlies after the completion of the past season of Premiership. Also, they have played some highly competitive outings like Europa League Final lately.

Meanwhile, St. Johnstone were having a tough run before entering this season. They were playing the relegation fixtures before entering the pre season friendlies. After sealing positive outcomes in most of those, they secured a spot this Premiership season with better hopes.

We can see Rangers facing different competitions before entering this Premiership season. Their exposure to different clubs possessing impressive potential will boost them to have some spirits to face the outfits playing in the Scottish first division.

Rangers are having an impressive form at home lately. They have won four of the past five home outings across all competitions. The only defeat in that five was recorded against Tottenham. They have scored a goal while leaking two on the other side in that match.

On the other side, St. Johnstone have been playing the Relegation fixtures post the 2021/22 Premiership season. They faced some weaker friendly outfits after that and recorded inconsistent displays. Following that, they started off this season with a negative outcome.

St. Johnstone follows an inconsistent form on the road too. They are winless in three of the past five away fixtures across all competitions. Their defensive line-up have leaked two or more goals in two of the past 3 away fixtures too.

In that case, we are backing Rangers to seal a win against this St. Johnstone outfits when they both meet each other in a Premiership fixture on Saturday.