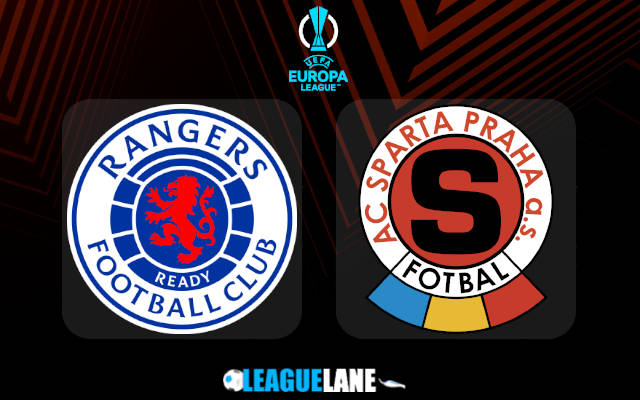 With Lyon head and shoulders above the rest of the teams in Group A of the Europa League and having already booked their spot in the final 16 of the competition, it leaves the other 3 teams fighting it out for the second spot.

Sparta Prague will travel to Glasgow as they take on Rangers in the penultimate group stage fixture of the Europa League at Ibrox Stadium. Read our Preview, Predictions, and Betting Tips with Analysis here.

The Gers under Steven Gerrard lost against Lyon at home and then to this opponent away from home in the opening 2 games of the group stages which were followed by their first win against Brøndby at home, they then travelled to Denmark for a 1-1 draw.

Giovanni van Bronckhorst needs to guide his team to victory by 2 or more goals to seal a spot in the playoffs, considering Lyon wins against Brøndby. The team is currently 3rd in the group, 4 points behind the Czech team on goal difference. They are currently top of the Scottish Premiership 4 points ahead of Celtic.

Iron Sparta started off their campaign with a goalless draw against Brøndby away from home, then got the better of this foe at home 1-0. Losses to Lyon in home and away games kept them in second position in the UEL. The team who are 4th in the Czech First League, with a win by any margin here would qualify for the round of 32, considering Lyon are victorious against Brøndby.

Their earlier encounter saw Prague walk away with a narrow 1-0 win. The return match in Scotland should see the hosts seal the 3 points as they are defeated just once at this venue in 8 preceding games while the visitors are winless in their last 3 games on the road.

While the hosts are averaging under a goal per match in the UEL and just over 2 goals in the league, the visitors have scored more than a goal only once in both the group games stage games and the Champions League qualifiers combined. Do not expect many goals from this fixture.