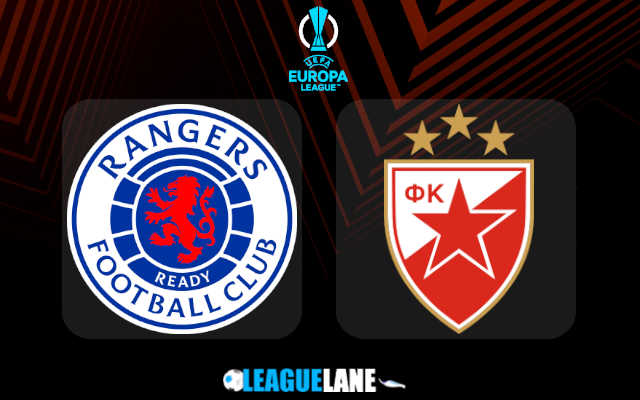 Rangers made one of the biggest upset of the last 32 round in UEFA Europa League by eliminating German giants Borussia Dortmund.

The Scottish champions will now have a much easier hurdle to skip as they face Serbian champions Red Star Belgrade in the battle for the quarterfinal of the competition.

The Gers finally managed to return to winning ways eight days ago when they dispatched St. Johnstone 0-1 on the road.

They thus ended a three-draw streak across competitions and maintained a three-point deficit to Celtic at the top of the Premiership standings.

They have shown some fantastic defensive displays in the process, particularly in the last round’s clash away at Sporting Braga in the direct battle for the top spot in the group.

The Serbian champions are led by the former AC Milan and SS Lazio legend Dejan Stankovic. They will travel to Glasgow in the highest of spirits after a huge 2-0 victory over bitter local enemies Partizan Belgrade in a big city derby.

Red Star Belgrade are now back in contention for the title in the domestic league, sitting just two points behind Partizan Belgrade after 25 rounds of the competition.

The two sides met each other in the third qualifying round for the UEFA Champions League in the 2007/08 season.

Rangers advanced 1-0 on aggregate thanks to a narrow win at Ibrox Stadium.

They also played each other in the 1990/91 European Cup when Red Star Belgrade advanced 4-1 on aggregate before they went on to win the competition.

Red Star Belgrade conceded only four goals in six group-stage matches. They have also kept their net untouched in the recent city derby against Partizan Belgrade.

We expect the visitors to park the bus and keep this a low-scoring affair. The Under 2.5 goals FT is the best betting option at the 1.90 odds. However, we would not be surprised to see Rangers coming on top after a late second-half goal which is why we will take the huge 4.50 odds offered for draw at the half time and Rangers’ win at the end.