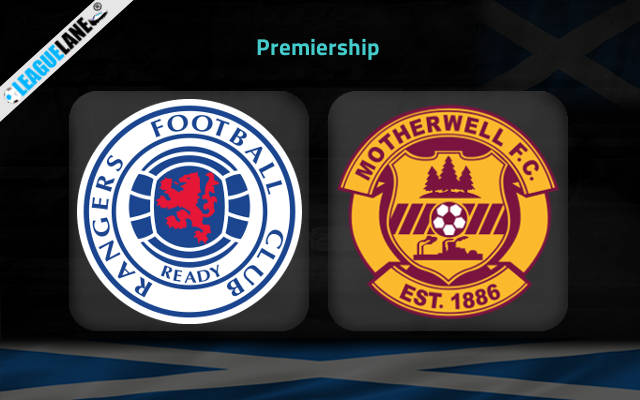 Rangers vs Motherwell Predictions and Free Tips from our expert tipsters when the teams go head-to-head in Premiership on Wednesday, 28 December 2022.

Rangers have a lot of work to do as their rivals Celtic have a nine-point lead at the top of the table. Now it is crucial for them to win games in the next few months if they wish to catch up with them.

Meanwhile, Motherwell have lost more than 50% of their games this season. They are on a four-game winless run. Last time in the league they won a point against Kilmarnock in a 2-2 draw.

Who will win the match between Rangers and Motherwell?

Considering Motherwell’s abysmal form since the beginning of December. We can back Rangers to win this fixture. They have won all of their December fixtures and will aim for their fourteenth win of the season before the year end. Do note that this is going to be Motherwell’s first away game of the month.

We can expect Over 2.5 goals to be scored, the main reason is that the last four meetings ended with a minimum of three goals being scored.

The first tip is that Fashion Sakala to score anytime – at 1.80. He scored two goals in his last three appearances. He scored the opening goal against Aberdeen last time.

Our second tip is that Over 2.5 goals with Both teams to score – at 2.37. Both teams have scored a combined total of eleven goals in their last three head-to-head matches.