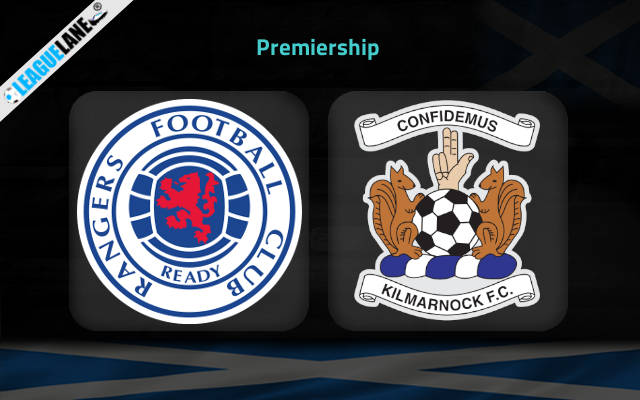 Rangers will be hoping to boost up their confidence on Saturday afternoon when they play host to recently-promoted Kilmarnock at Ibrox Stadium in the second round of the Premiership.

The Gers provided a dismal showing in the mid-week’s UEFA Champions League qualifier when they fell 2-0 away at Belgian runners-up Union Saint-Gilloise in the first leg.

Giovanni van Bronckhorst’ side will face a very difficult task in an attempt to annul the two-goal deficit in next week’s rematch at Ibrox Stadium.

This is why they need a commanding victory over the newly-promoted opposition in front of their fans on Saturday.

Kilmarnock opened the top-flight campaign with a 1-1 draw to Dundee United thanks to center-back Ash Taylor who notched the late stoppage-time equalizer.

It wasn’t the best overall performance from Killie on the occasion but Derek McInnes and his troops will likely need some time to adjust to life in the elite tier once again.

Obviously, the clash against the heavyweights Rangers comes at a tricky moment for them and it is hard to believe they have what it takes to stay competitive at Ibrox Stadium.

We should say that the Gers struggled to get their offense going last weekend on the opening day when they barely went past Livingston away at Tony Macaroni Arena.

Only the second-half goals from Scott Arfield and James Tavernier helped them turn things around after conceding an early opener. Can the Gers record a comprehensive win now?

Although Kilmarnock have some Premiership-level strikers in their ranks, such as Kyle Lafferty, their front line did not look good in the season opener against Dundee United.

Knowing they have failed to score in four of the last five meetings with Rangers, we are tempted to back Kilmarnock to lose to nil here at the odds of 1.80.