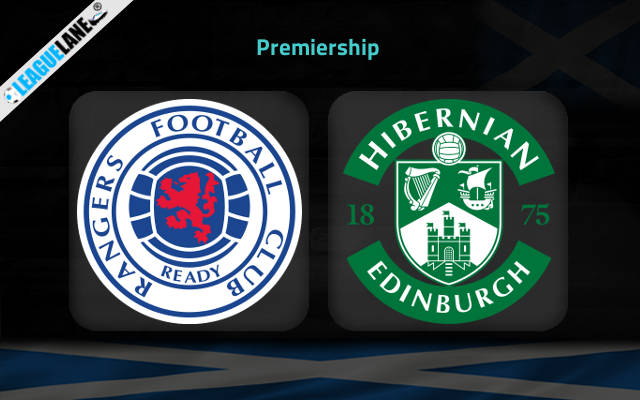 Scottish Premiership returns to action after a one-month break as Rangers host Hibernian in the first game of the 17th Matchday on Thursday evening at Ibrox Stadium.

The Gers have had a disappointing campaign so far in the season. They are as many as nine points shy of Celtic at the top of the standings.

The last season’s UEFA Europa League runners-up have been particularly struggling in the recent matches, dropping the ball in three of the previous five league outings.

The consequence of such a slide in form was parting ways with Giovanni van Bronckhorst. English manager Michael Beale was appointed as the new Rangers’ head coach and he will make his official debut on Thursday against the Hibs.

Neale can be thrilled with how his new team looked in the last weekend’s friendly game against German Bundesliga side Bayer Leverkusen.

Rangers won 3-0 thanks to a brace from Malik Tillman. The team’s top scorer Antonio-Mirko Colak was also in the starting lineup on Saturday.

Hibernian have not been much better in the first part of the season either. They went on break with a streak of three successive defeats to drop to the 8th position in the Premiership table.

Lee Johnson’s troops failed to find the back of the net in any of the previous three league games. There is not much to suggest a positive scenario for them on Thursday at Ibrox Stadium either.

Hibernian have not been pulling up any trees so far in the season under Lee Johnson. Rangers can’t afford any more slip-ups if they want to keep ground on bitter rivals Celtic in the battle for the title.

We will back the Gers to win to nil as the main option at the odds of 2.10, while you can also go with their top scorer Antonio-Mirko Colak to score anytime at the 2.20 odds.