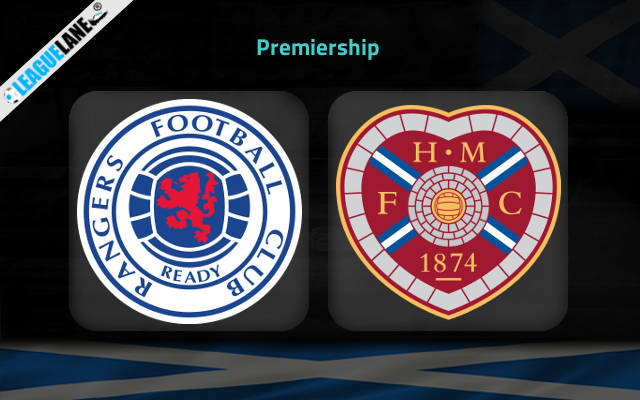 Despite facing an injury crisis at this time of the season, Rangers have performed well in their last five outings. An important fixture is on the cards this week as they will take on Hearts at Ibrox Stadium.

The host could not get past St. Johnstone most recently. James Tavernier could only score a consolation goal for Giovanni van Bronckhorst’s side in that 2-1 defeat. Do note that this is their second defeat of the season. Currently, they are in the second position on the table.

On the other hand, the visitors have picked up good pace towards the end of October. Now they are on a two-game winning streak. In their last league outing, they defeated Motherwell by 3-2. Jorge Grant received a red card in the first half of the game, yet they won that game with ease.

The team is now at the fourth position on the table. If they maintain this form, they will most likely enter the top three on the table ranking.

Another interesting fact is that the visitors are the only team in the league to have a goal difference of nil at this stage of the season.

Robbie Neilson will be concerned about his teams’ away form as they have lost their last two consecutive away games.

Our prediction is that Rangers will win by 2-0 – the odd for this tip will be at 7.00. The host have won and scored at least two goals in four of their last five meetings at Ibrox Stadium.

Our next tip for this game is that Rangers will keep a clean sheet – the odd for this tip will be at 1.90. The host have kept a clean sheet in four of their last five overall head-to-head matches against this side.

Moreover, you can bet on James Tavernier to score anytime – at 2.60. He is on a two-game goal-scoring streak. Even in the Champions League he scored one goal against Ajax.