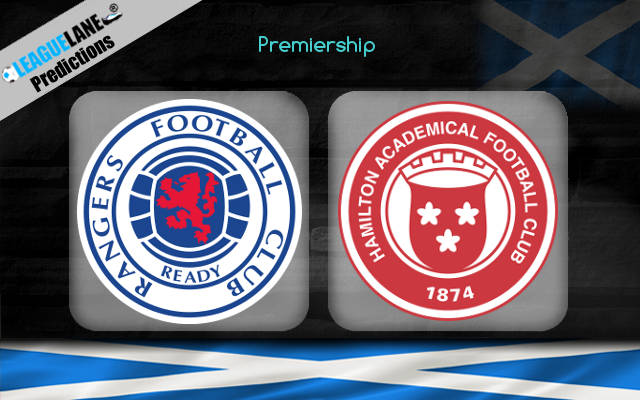 The Teddy Bears have been the absolute best team in the competition this season, and they have been one of the two best teams in Scotland for the past several years along with Celtic.

Meanwhile, the Accies are the worst team in the league at the moment, and they are placed dead last in the table. They also had avoided relegation the last season by a narrow margin, and this time around, they have conceded the most number of goals.

Going on, they also do have an inferior h2h record over the years.

Likely, expect Rangers to post another comfortable win this Sunday at the Ibrox Stadium.

The Teddy Bears are the toppers of the table with a lead of nine points, and they have won 13 of their preceding 15 match-ups as well.

They have also scored the most number of goals of all the teams in the competition, and have conceded a total of just three goals from their total 13 fixtures in the league.

On the other hand, their opposite number are placed bottom-most in the table, and have conceded the most number of goals in the league. They were also winless in 11 of their last 14 overall games, and they remained so in 16 of their former 20 road trips.

And on top of all that, Gerrard’s men had also won 12 of the last 14 overall h2h clashes.

Taking these observations into account, expect a Rangers win this Sunday, and that too in style.