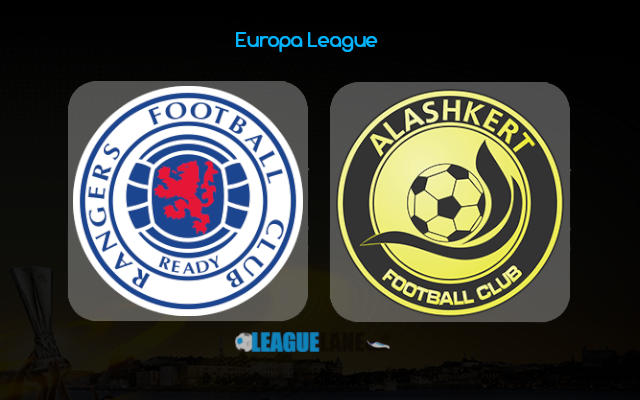 Rangers are looking to bounce back from the UEFA Champions League elimination as they take on Armenian champions Alashkert in the UEFA Europa League playoffs.

After remarkable Europa League & Premiership campaigns in the previous season, Rangers hoped for a potential Champions League group-phase bid this time around.

Nevertheless, their European glory dream came to an end much sooner than expected as Steven Gerrard’s men failed to jump above the inaugural obstacle.

The Gers suffered a pair of 1-2 defeats to Swedish champions Malmo in the Champions League third qualifying round and they now have to play Armenian Alashkert for a place in the Europa League groups.

Gerrard’s troops are massive favorites in this tie due to the obvious gulf in quality between the two clubs.

After all, the Armenians struggled to get past Welsh minnows Connah’s Quay at the beginning of their Champions League Qualifications journey.

The team led by Aleksandr Grigoryan needed an extra-time goal to beat the Welsh opponents a month ago.

They then suffered a couple of defeats to Sheriff (14 on aggregate) before beating Kairat in the third qualifying round of the UEFA Europa League (3-2 on aggregate, also after extra-time).

Grigoryan’s men made history by beating Kairat as they will become the first ever Armenian team to play in a European group phase (the losing team of this tie will feature the group stage of the newly-formed UEFA Europa Conference League).

The gulf in quality between the two teams is huge. Also, Rangers will head into the game on the back of a demolishing 5-0 victory over Dunfermline Athletic in Scottish League Cup on Friday.

We would not be surprised to see the hosts closing the tie in this first leg at the Ibrox and we’ll back them to win by three or more goals difference as the main betting option here.